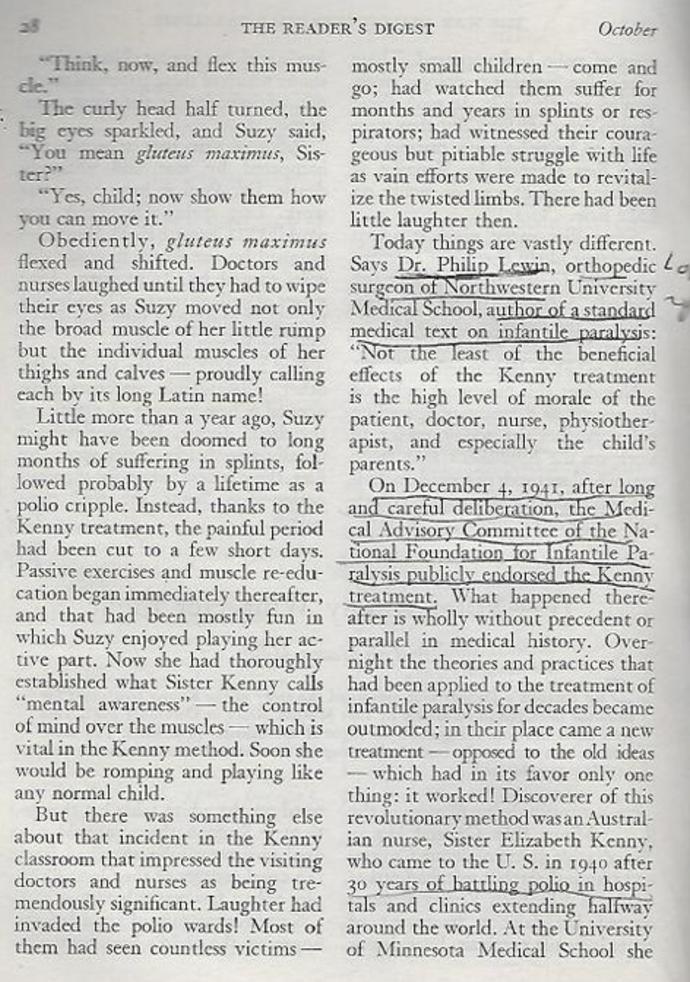 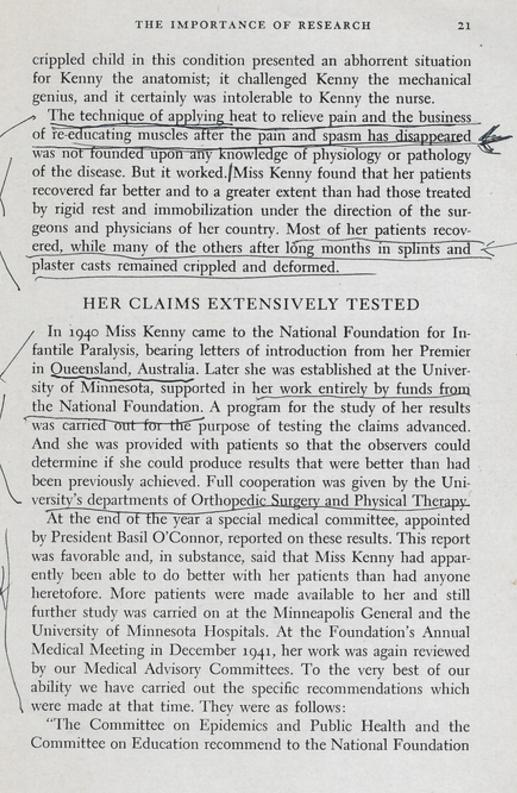 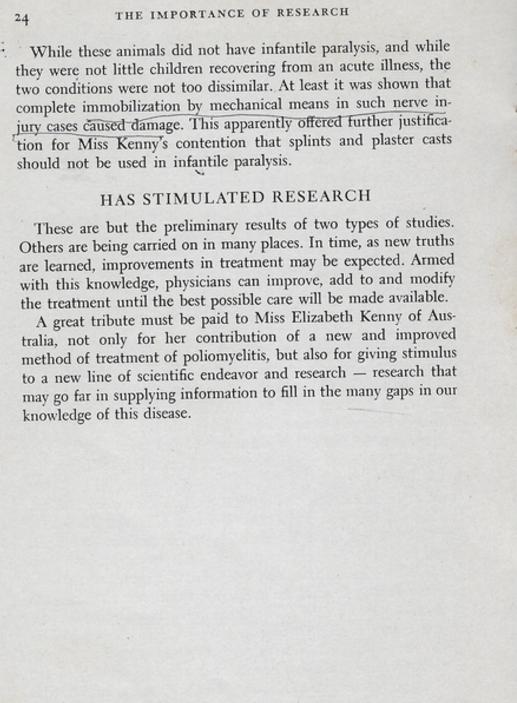 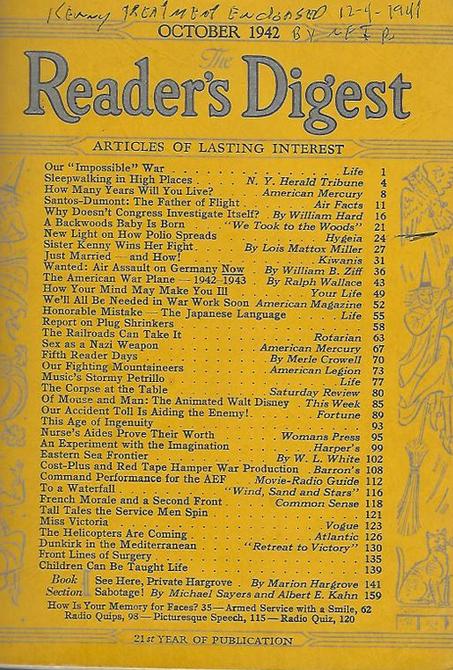 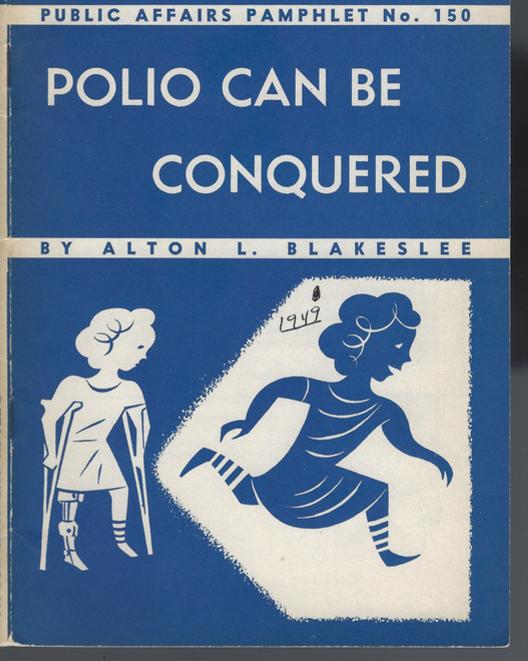 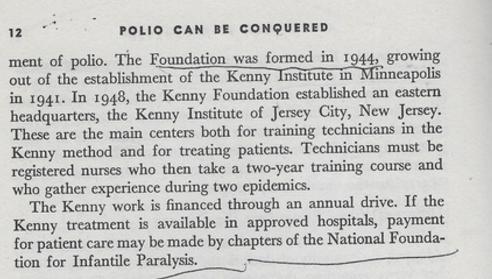 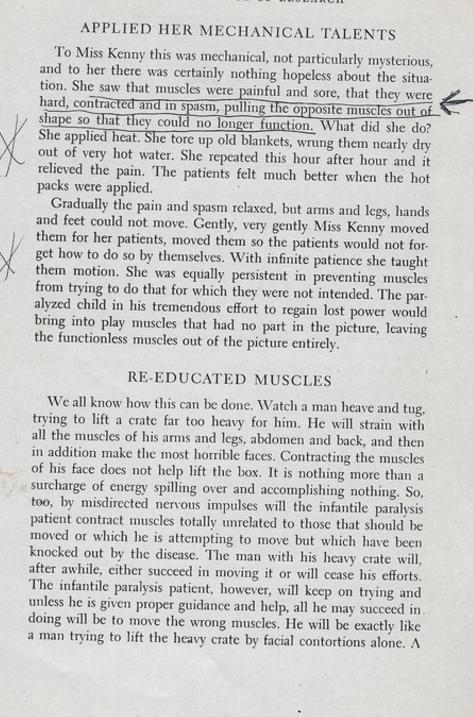 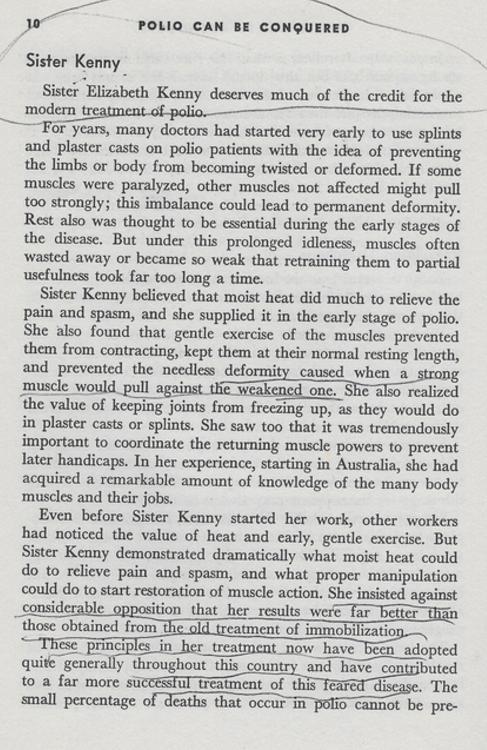 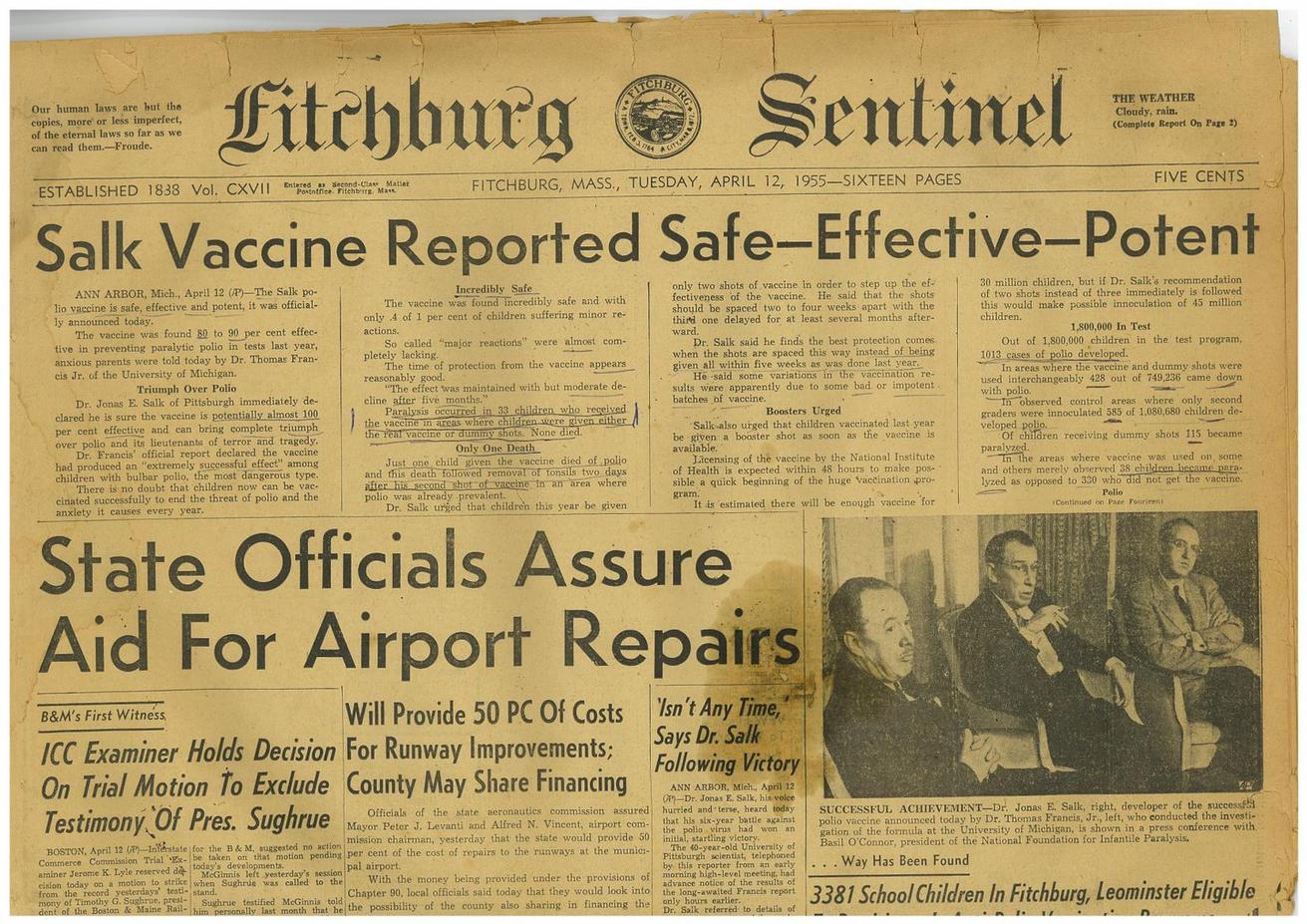 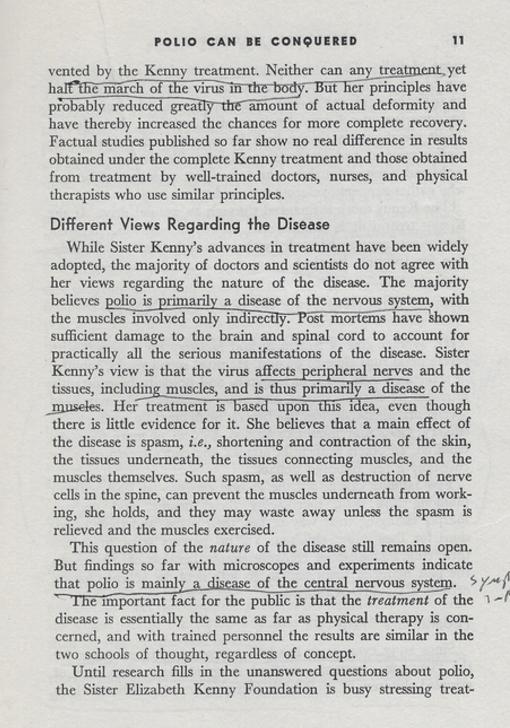 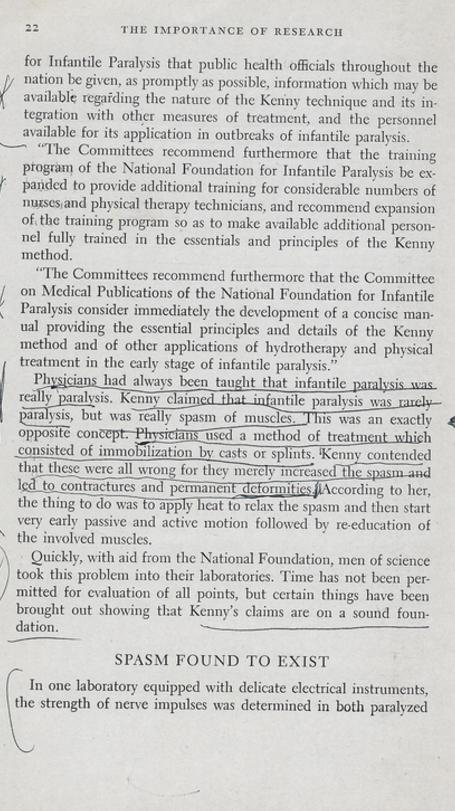 This family had more than one child. You can imagine the conditions they lived in and the food they ate.​ They lived out in the middle of nowhere. So where did the kid "catch"  it from, and why didn't the other kids "catch" it? 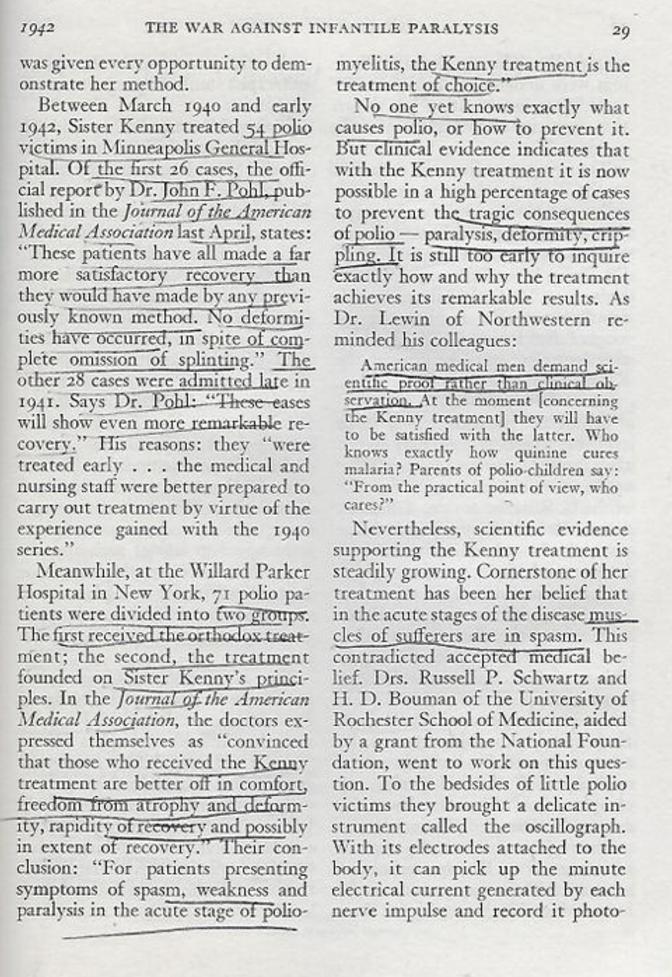 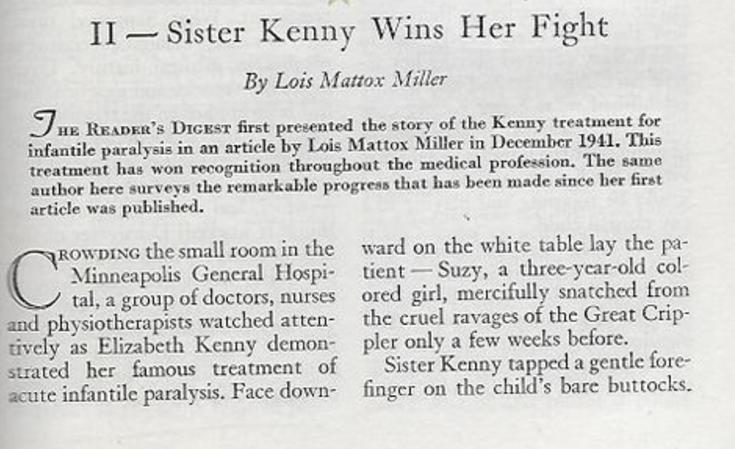 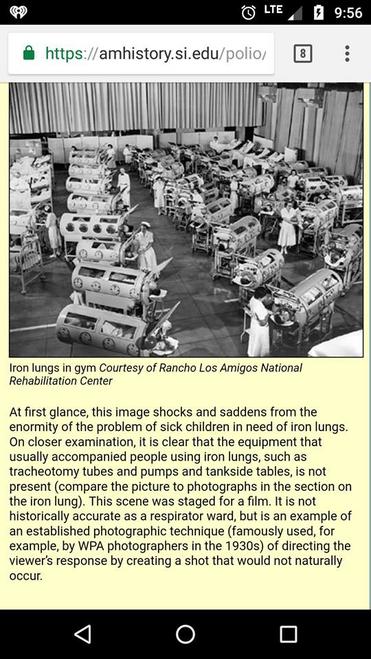 ​THE KENNY CONCEPT OF INFANTILE PARALYSIS AND ITS TREATMENT.

Miss Kenny says, I also wish to extend my thanks to the National Foundation for Infantile Paralysis for its financial aid, without which it would have been impossible to have made this work available.

Basil O'Connor says "There was in the United States a National Foundation for Infantile Paralysis to lead and direct the fight, and Miss Kenny's patients were far better than those treated by other methods, and there must be found ways of preventing the spread of the virus that causes infantile paralysis." 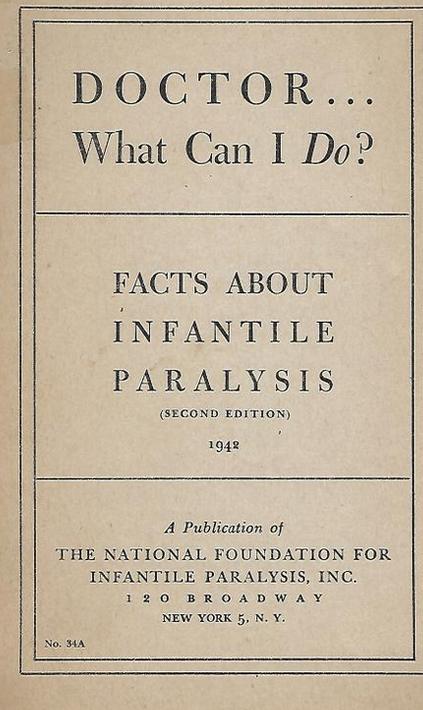 OUTLAW VACCINES BEFORE ITS TOO LATE! 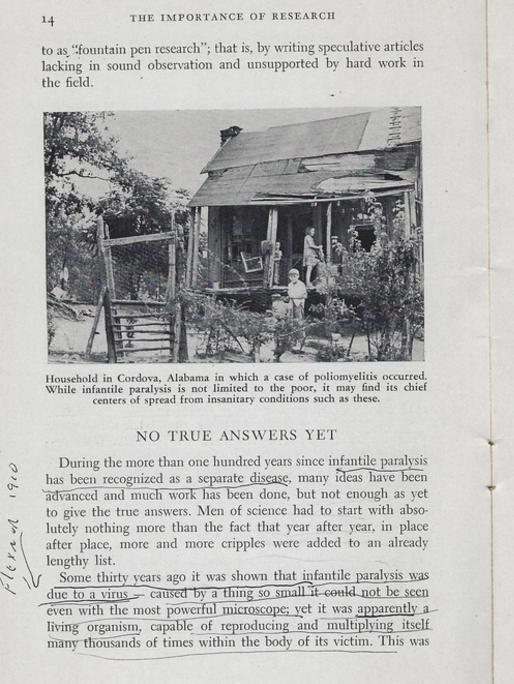 1013 kids got polio from the vaccine and the placebo.  Why would they say it was safe-effective and-potent. Safe was a lie--effective meant producing antibodies which they also knew was a lie as antibodies don't exist.  I am exposing the greatest fraud in medical history.

In 1946 there was a movie made about the life and struggle Sister Kenny had in a world dominated by men.

The name of the movie is, "Sister of Mercy." A woman of integrity who refused to back down in a medical world dominated by men. She was a true hero and her deeds must be brought back to life to help win this unjust battle.  Have a Sister Kenny movie night. Invite all your friends. Especially those who believe the lies about Salk, and his vaccine and polio.  She said so-called polio was nothing more than muscle spasms. As you read above the medical profession said she was right. Paralysis happened when kids were put in plaster casts and the limbs atrophied.  Another case of Iatrogenic the leading cause of disease and death in America today. Disease and death caused by doctors and hospitals.

​Sister Kenny was played by Roselind Russell.  This story of truth is available on youtube at no cost.

Please watch it and share with others. The polio vaccine of the 1950s is the reason the children are being poisoned with 49 doses of vaccine poison by the time they are 6 years old.  Read the card and compare the increase of autism and childhood diseases with the increase of vaccines. Expose the myth of Salk and polio and outlaw vaccines forever.

​ Keep in mind that infantile paralysis was a condition that affected babies as young as 6 months. 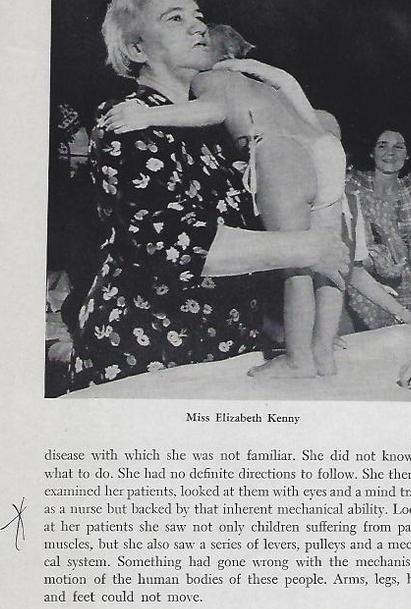 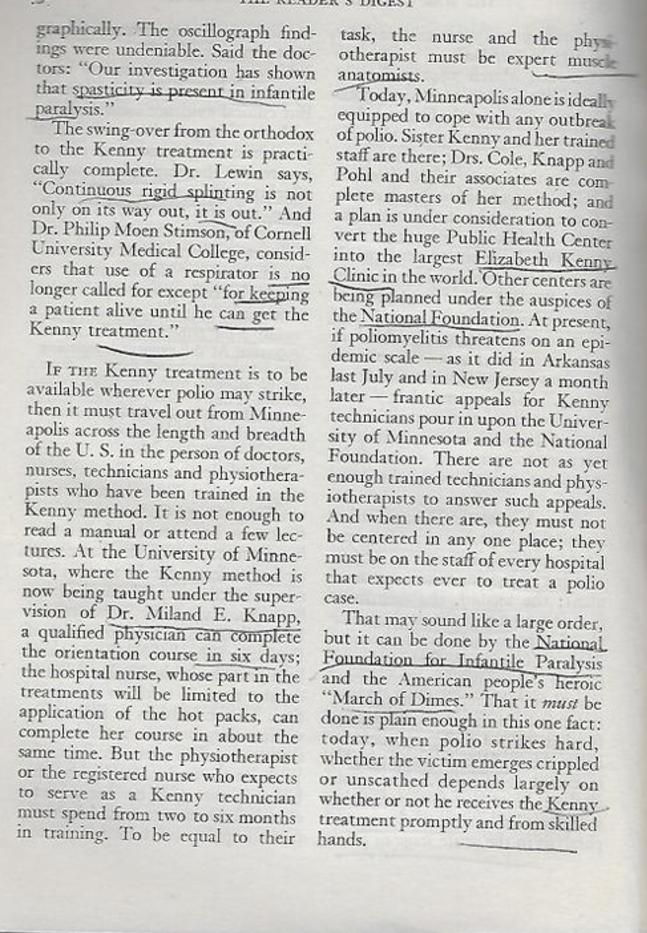 Read the article published in 1942 by the National Foundation for Infantile Paralysis (March of Dimes) which said loud and clear that Sister Kenny was right and the Medical profession was wrong. They admitted that polio was not a disease of the central nervous system , but muscle spasms.

Salk and his gang knew this, but pursued the vaccines anyway.  Sister Kenny died in 1952. The road was wide open for them to continue the plan to depopulate the world-to make children sick in order to have life long customers, or whatever their evil plan was.

EXPOSING THE LIE that SALK WIPED POLIO out IN ONE NEWSPAPER 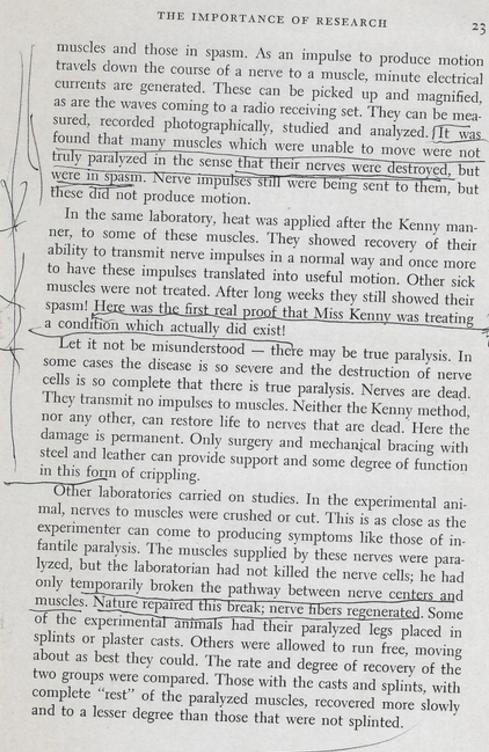 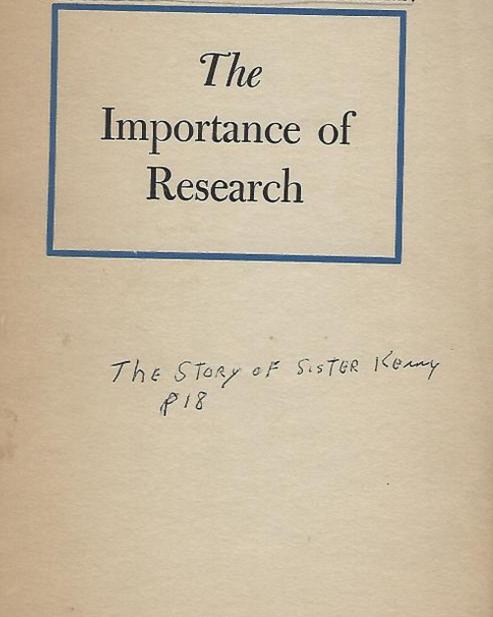 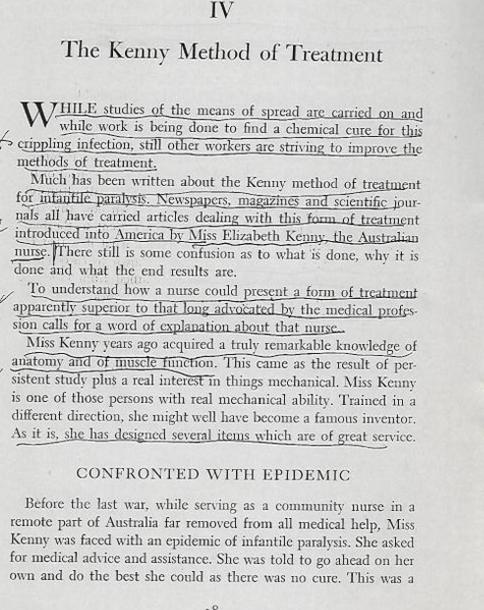 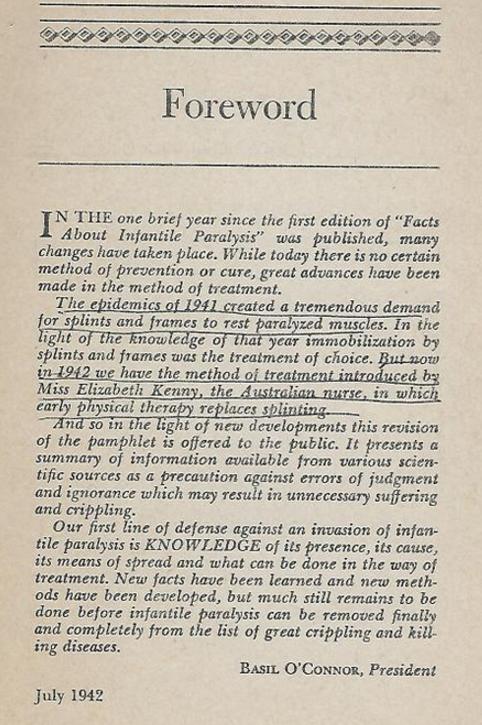