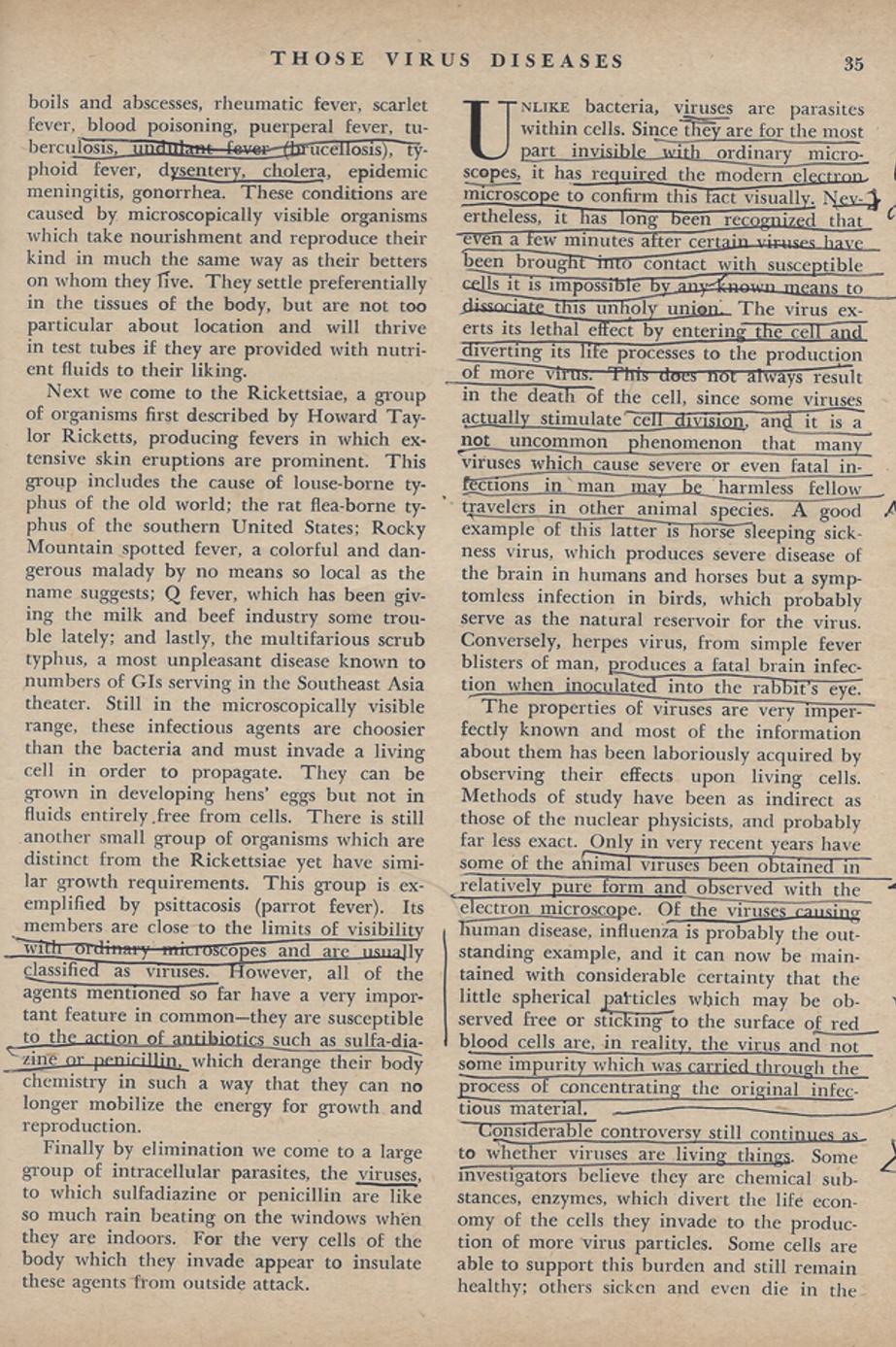 There is a lot of talk today about fake news. And there is truth to that. In today's world the media has access to more truth. Some media have an agenda so they leave out certain parts of the story.

​But how were all the lies about polio, viruses, and vaccines thrust on an unsuspecting people back in the 1950s?  The same way they mislead today. They don't investigate. They just report what they are told.

The answer is simple. There wasn't much investigation by  most reporters. They just believed what they were told, and that was what  your parents and grandparents  read in these magazines, learned in their school books, heard on TV or told by their doctor who was deliberately  fooled .  On this page you will read how everyone was fooled and lied to by the media who had no clue.They just did their job, reporting what the liars and decievers told them to write.  Truth straight from the horse's mouth. 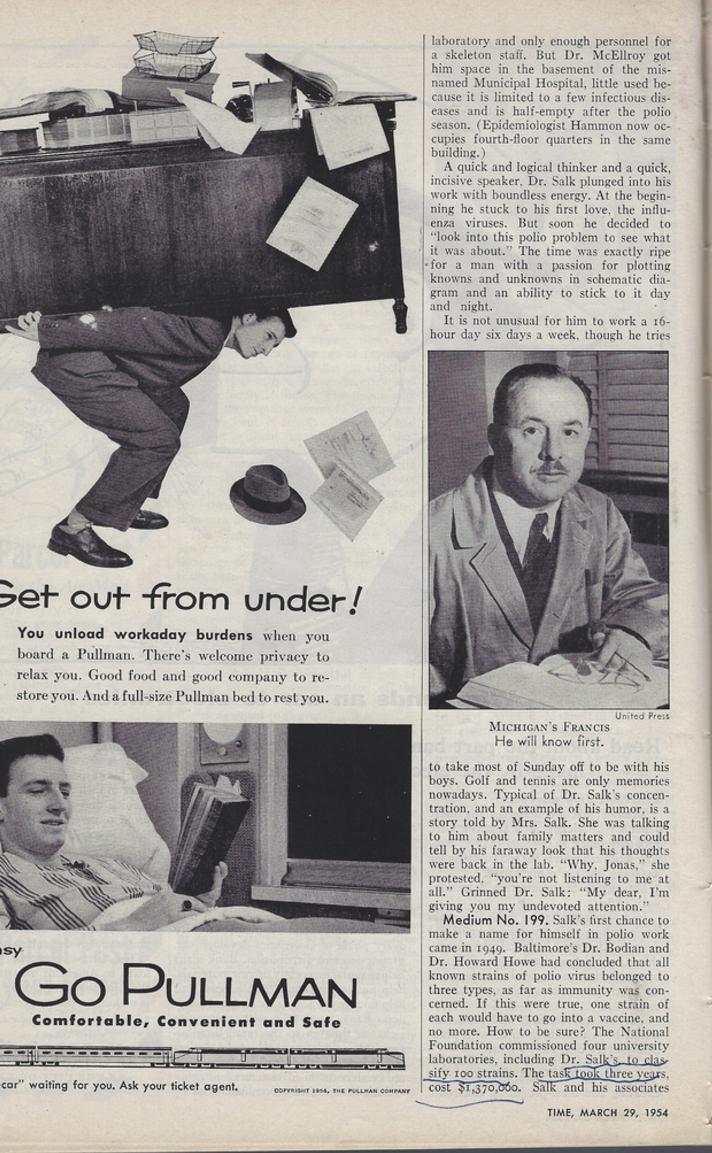 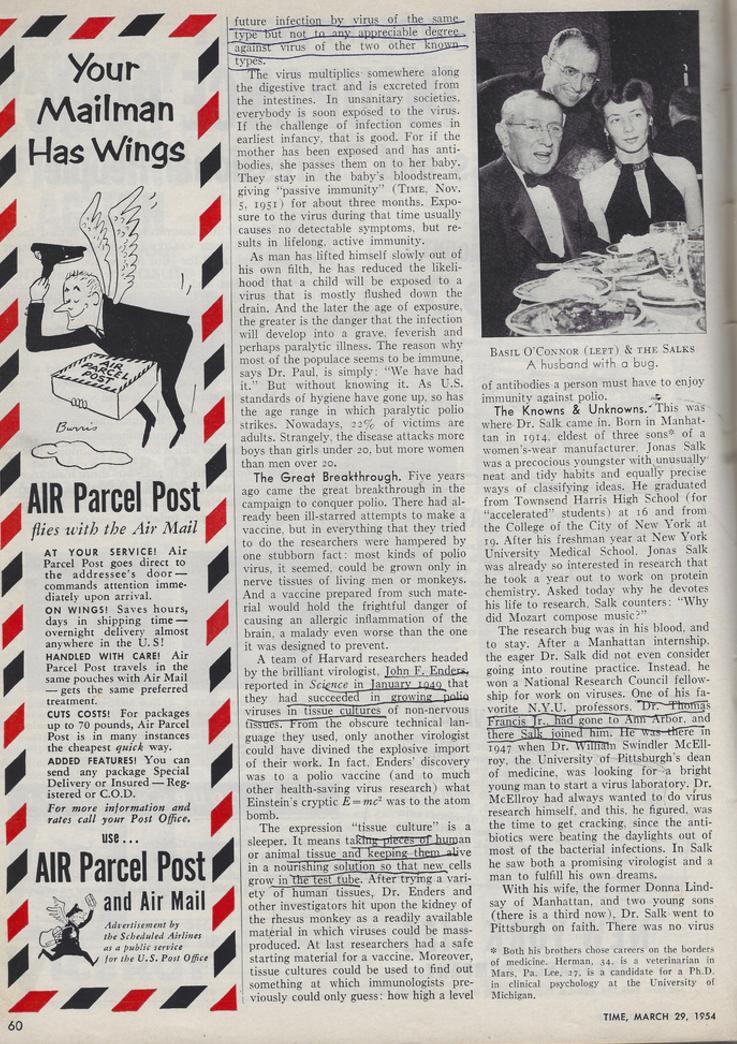 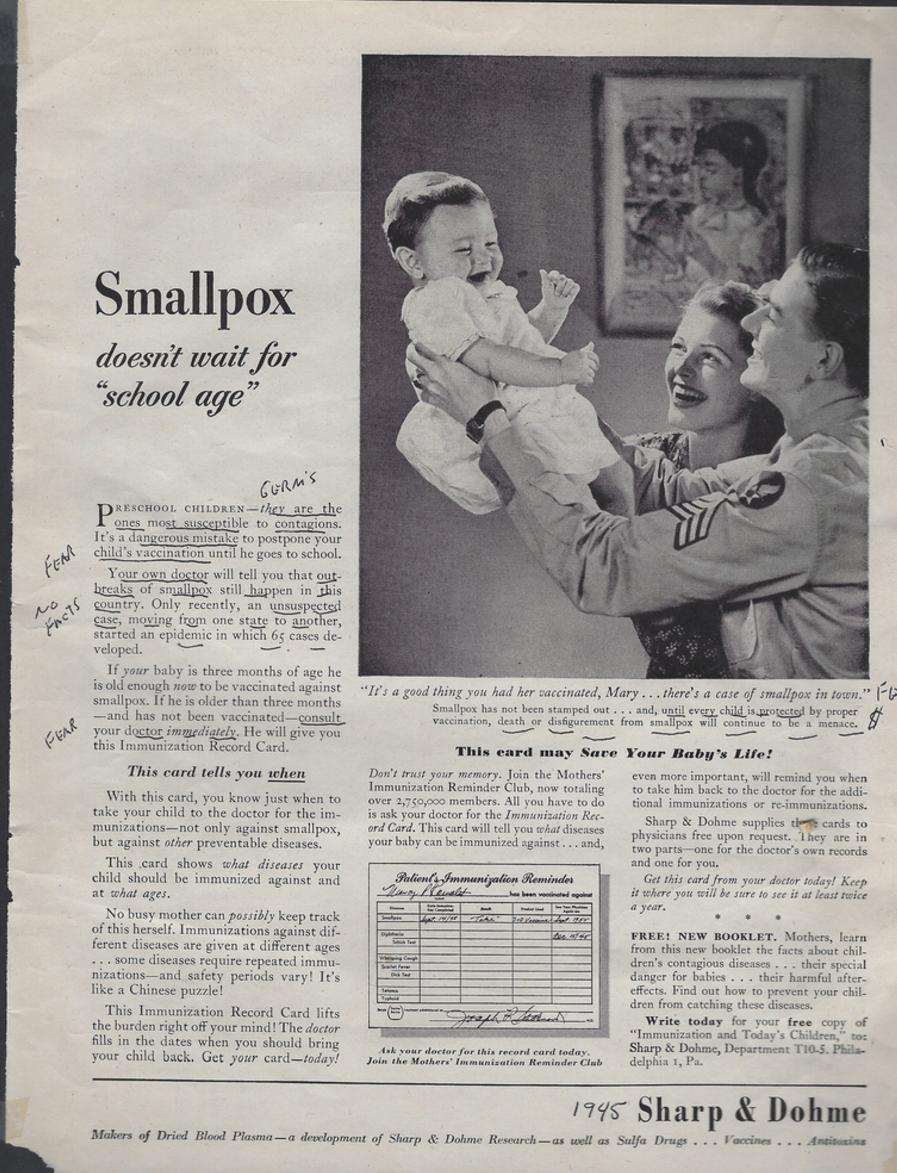 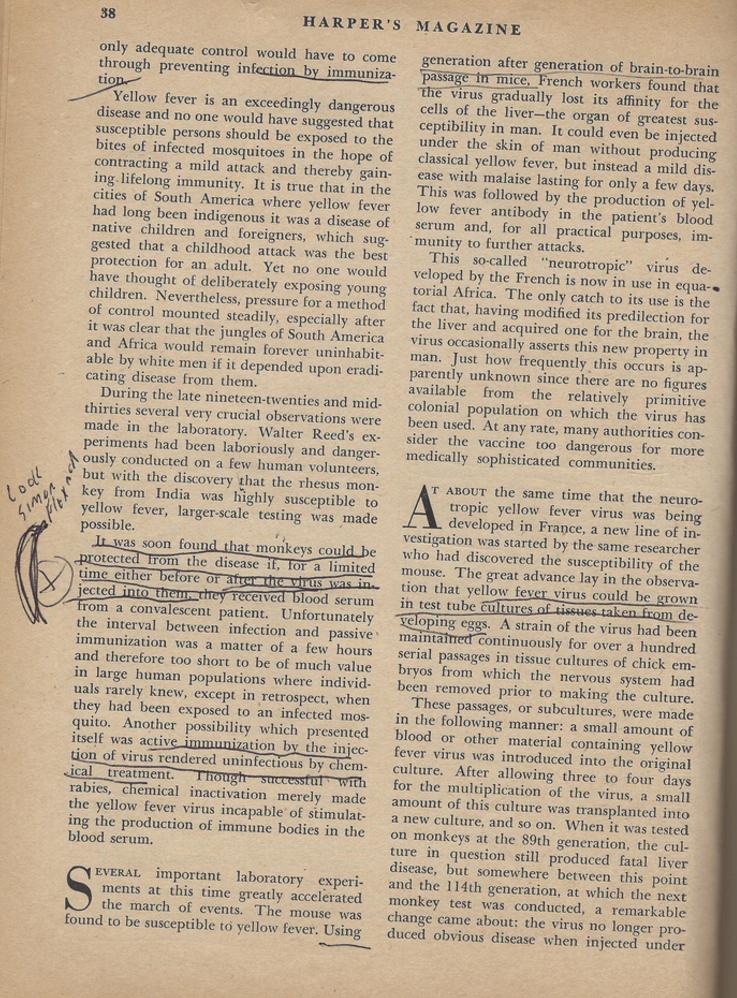 Jim's comment:   So we know these men were educated. We know they were smart and clever. We know they knew what they were doing in the lab and promoting to the world was bull-shit. So what was their real reason? Was it for money? Was it for fame? Was it to make people sick, so they would have life long customers? Was it   to depopulate the world as Gates wants to do? Or was it to make future generations docile so there may be no more Hitlers? We may never know the truth, but it must stop or there will be no America to make great again.

One of the biggest lies ever told is you can't enroll your child in a public school unless it has been poisoned with the recommended number of shots. The schools and media have been lying about this for years. Every state as of this date April 8, 2018 offers exemptions. Either religious, philosophical or medical or some combination of. Here is how it works in the state of Indiana. The Law IC (Indiana Code) 20-34-3-2. says ,Every child must be immunized before entering the first day of school. (Kindergarten or first grade)  UNLESS the parent signs an exemption form and gives it to the person who is saying it is required.

​What were you told and by who?

As of this date there are 4 states that have no exemptions or just a medical exemption. California-West Virginia, and Mississippi. 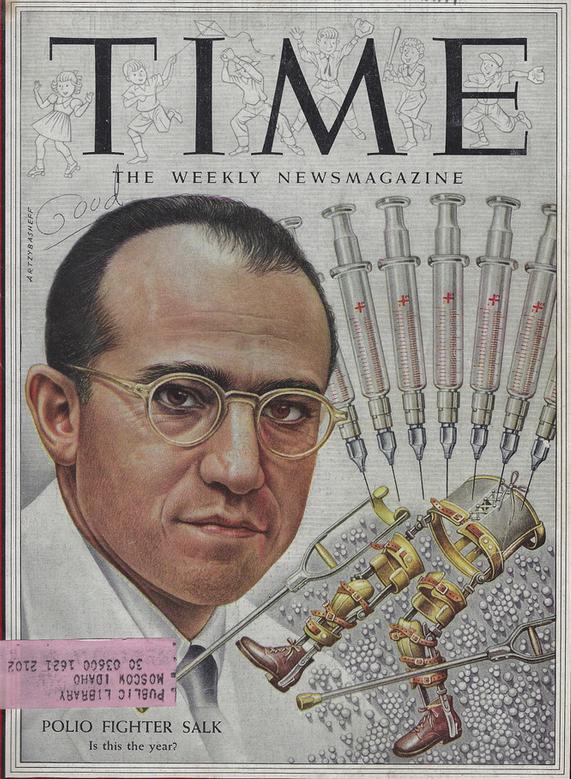 Tom Francis. The man who declared the Salk vaccine safe and effective in 1954 . Francis taught Salk how to make flu  vaccines in 1942 during the war.

Bold leaders will trust their gut.

​John Enders. The liar who said he grew the polio virus.

​Jonas Salk. The man who pulled off with a lot of help from  others, the greatest medical fraud of all time. 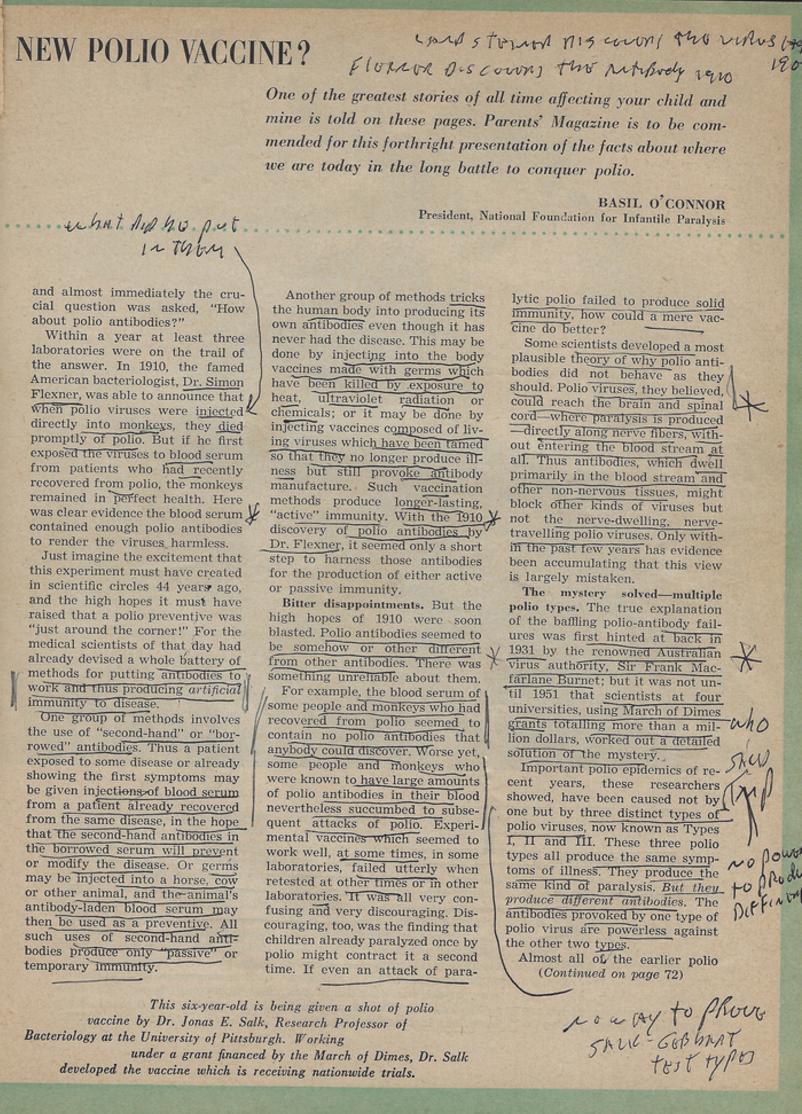 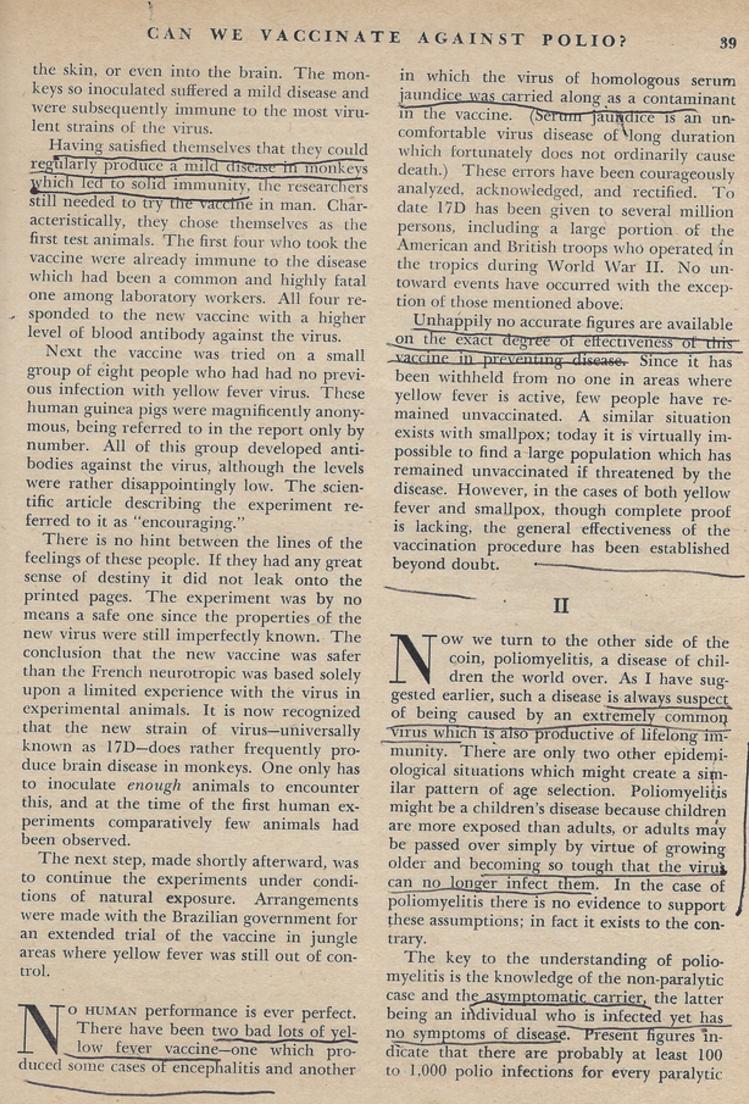 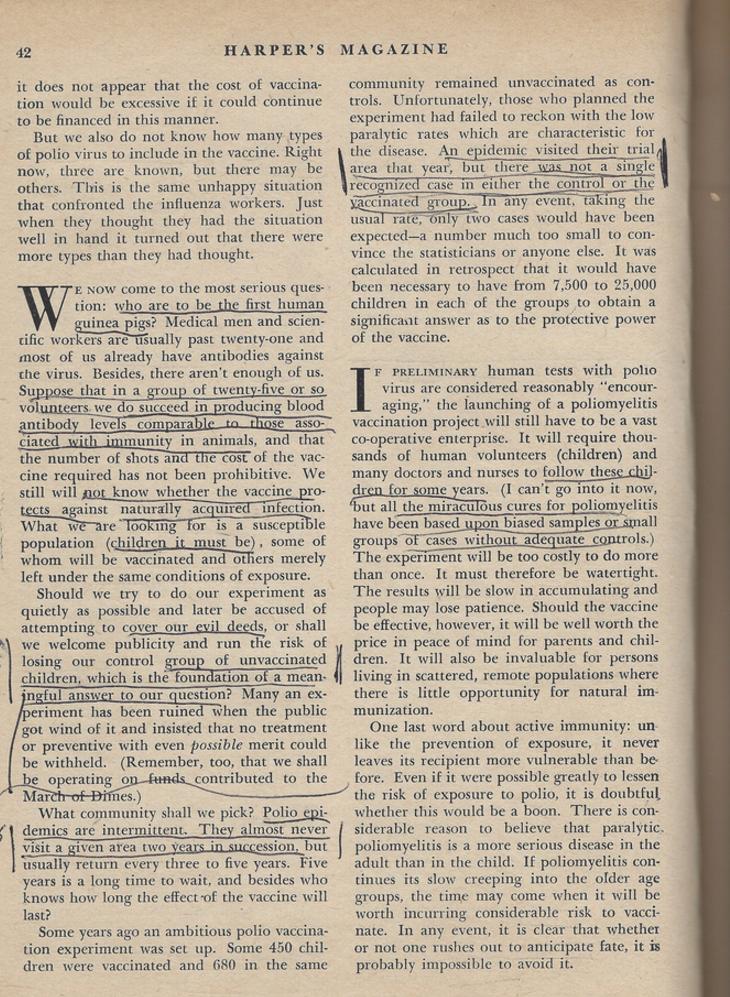 I bought and read these magazines many years ago. Any questions I had that I marked or underlined were answered in my later research.

Where the lie was born that everyone had polio and didn't know it.

The authors of the immunity lie. Immunity doesn't exist. Keep your tissues and organs unobstructed and clean equals health.

Bringing the dead to life. How stupid were the doctors who bought this cock and bull. 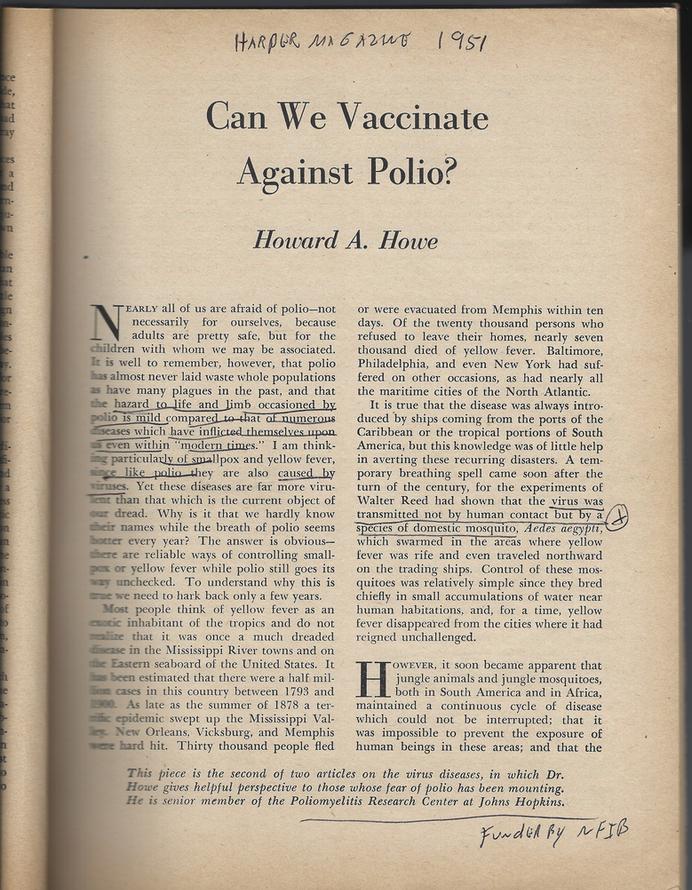 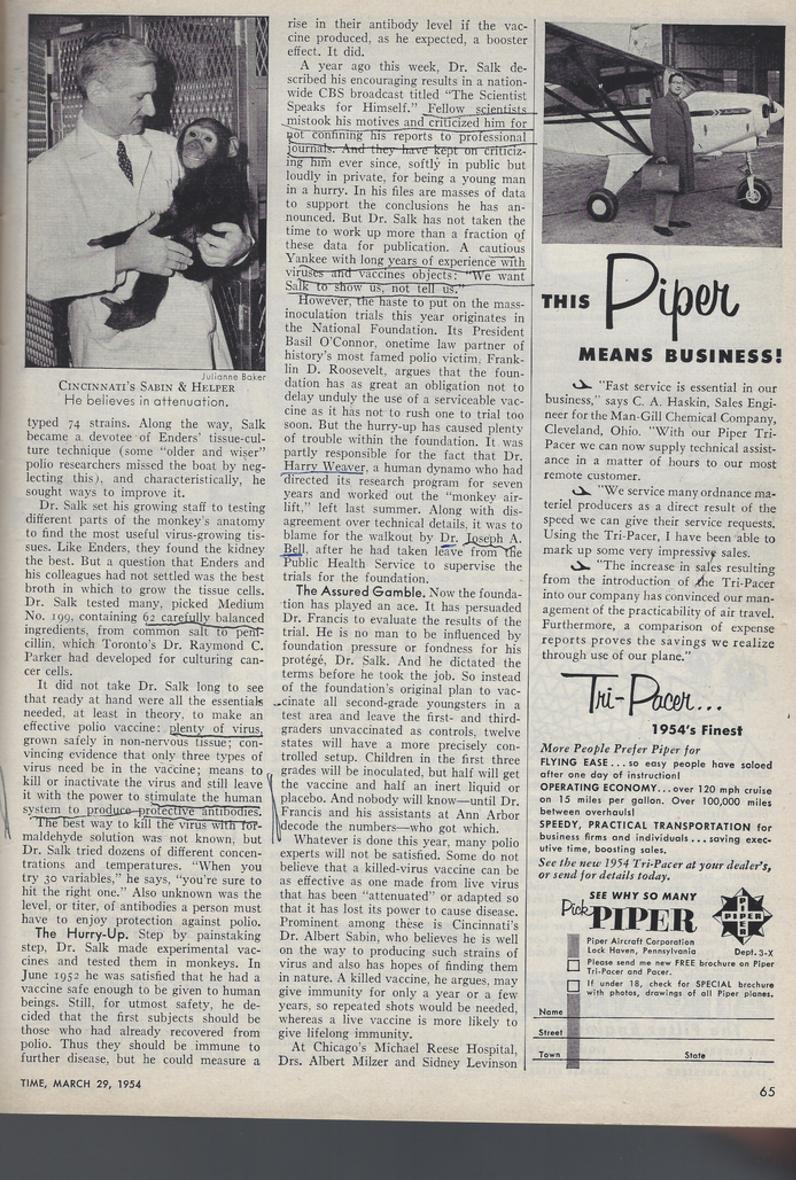 ​Now you know why your parents and grandparents believe Salk wiped polio.

Promoters of the germ theory-to keep the money coming in. 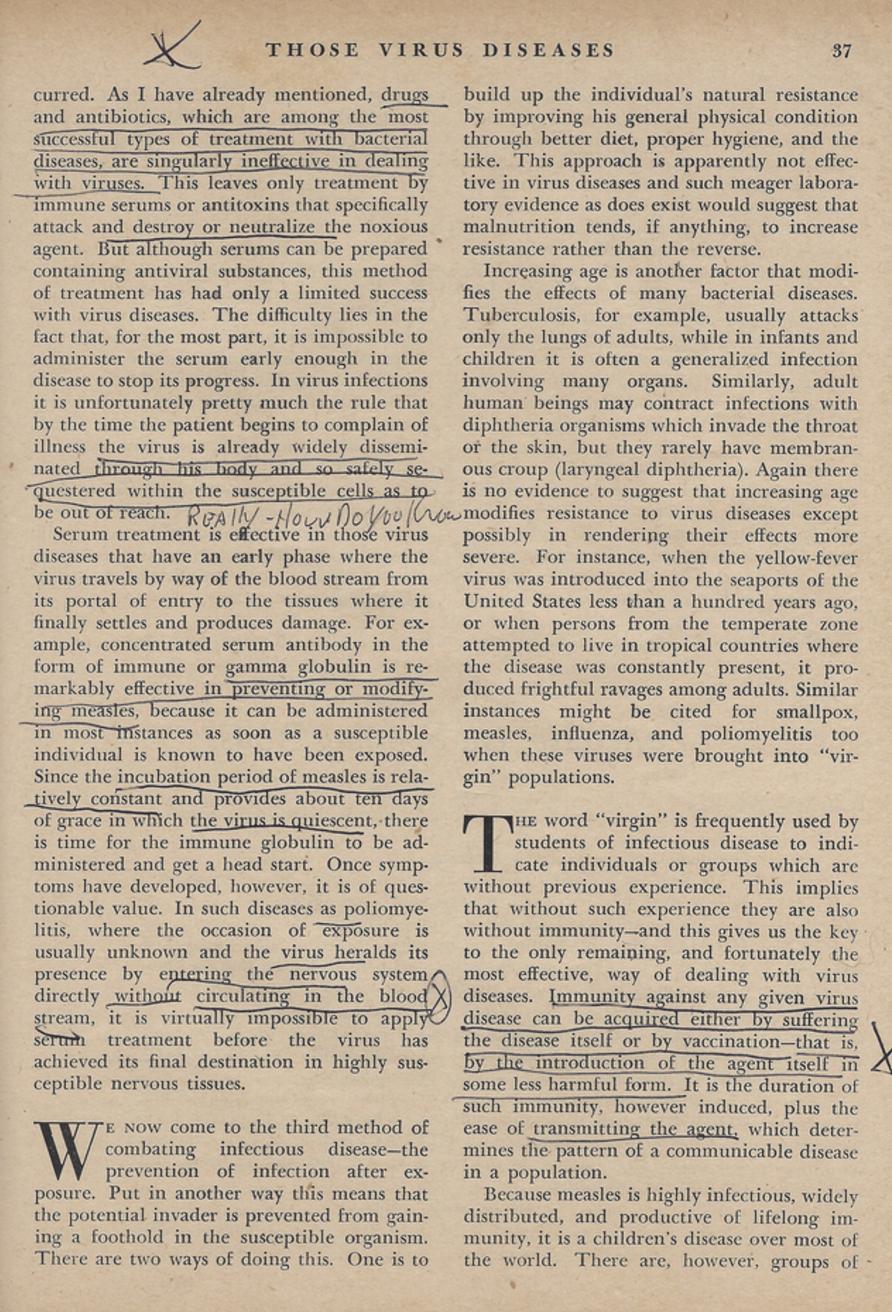 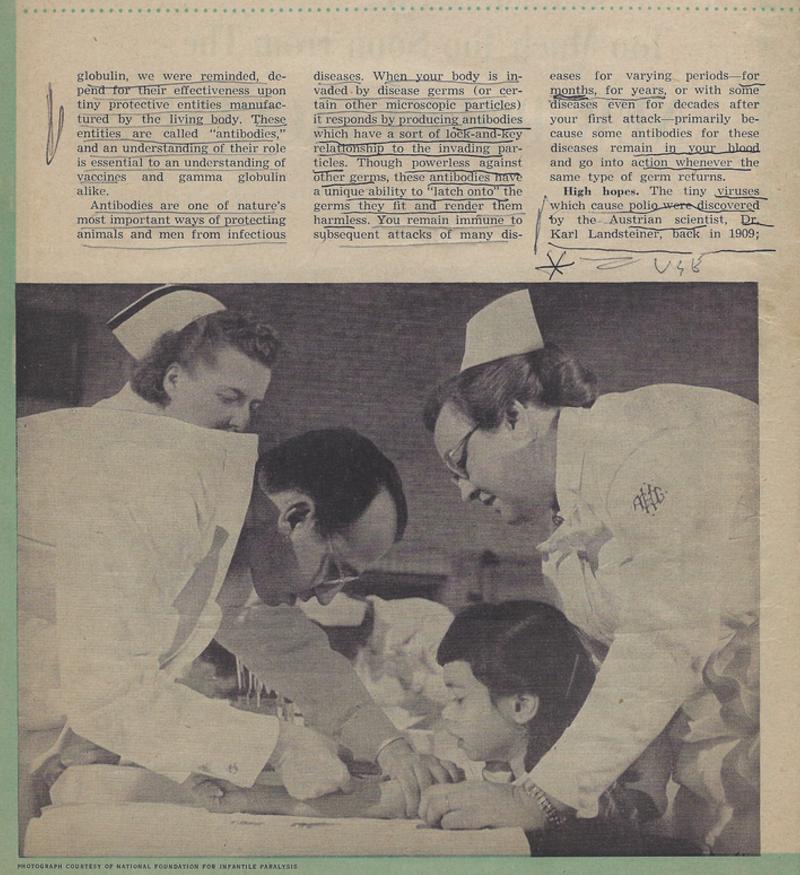 EXPOSING THE LIES TOLD TO THE MEDIA WHO FACT-CHECKED NOTHING 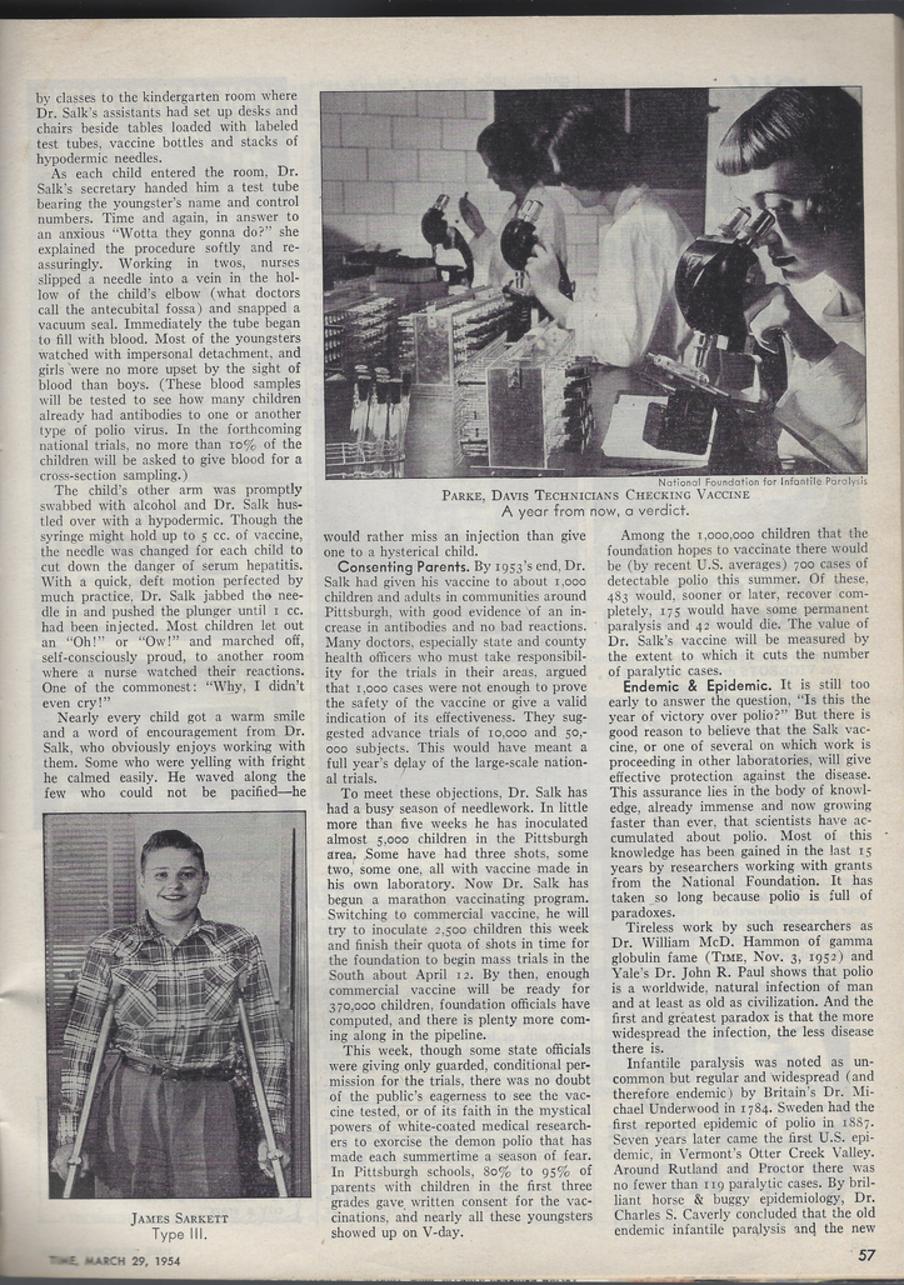 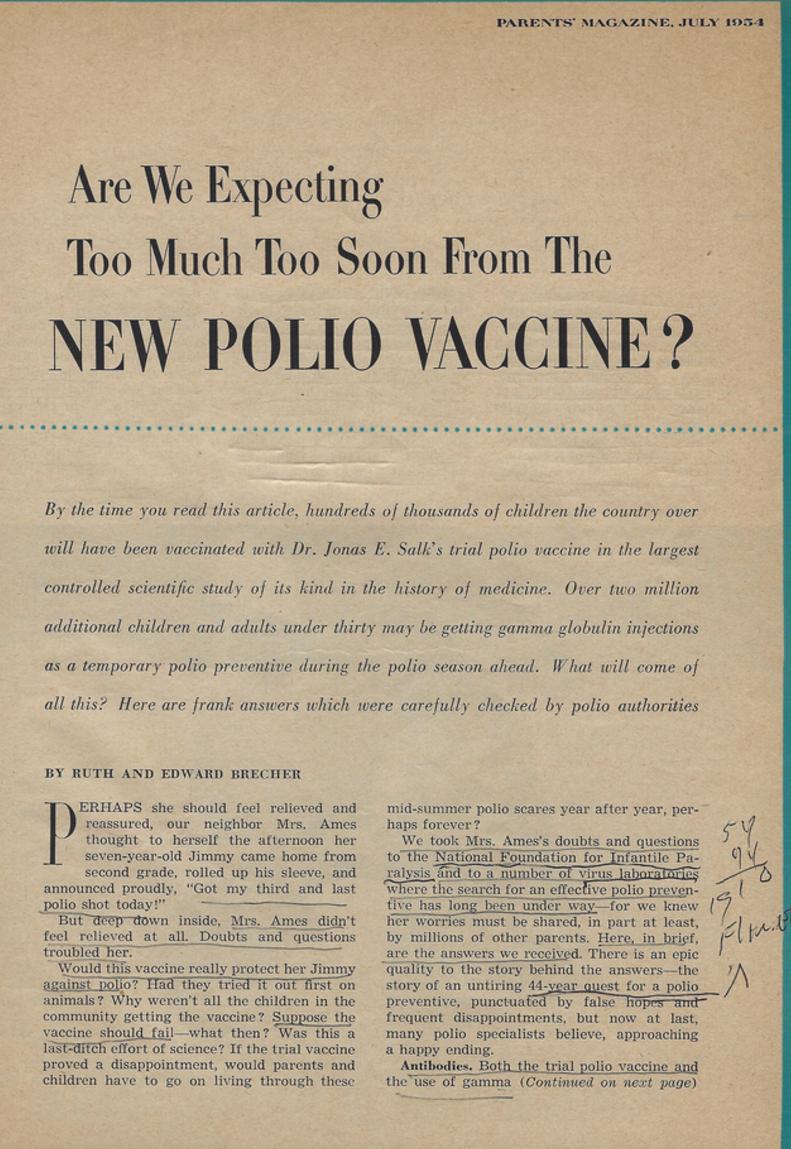 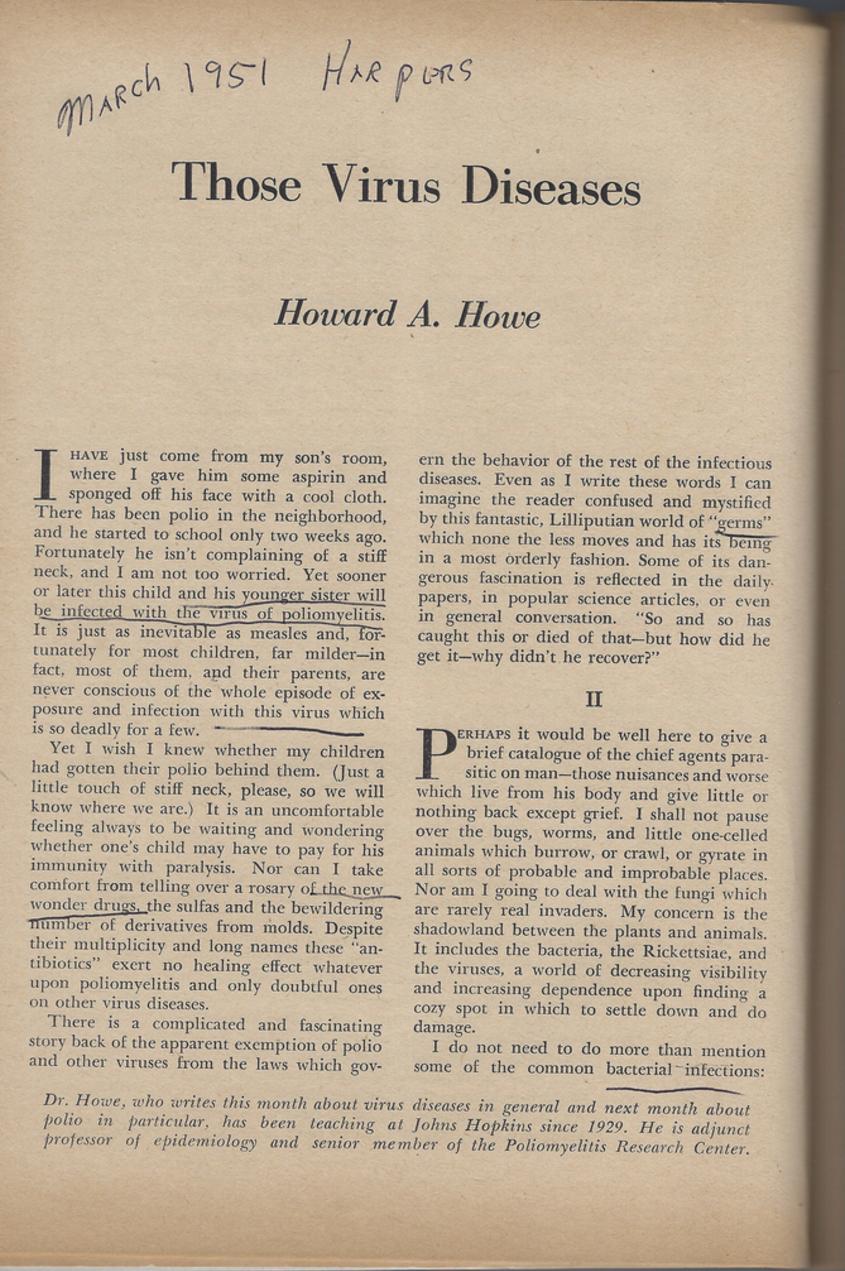 This ad is what prompted me to call a company that made electron scopes. It was that call when I found out that living virus was a living lie. 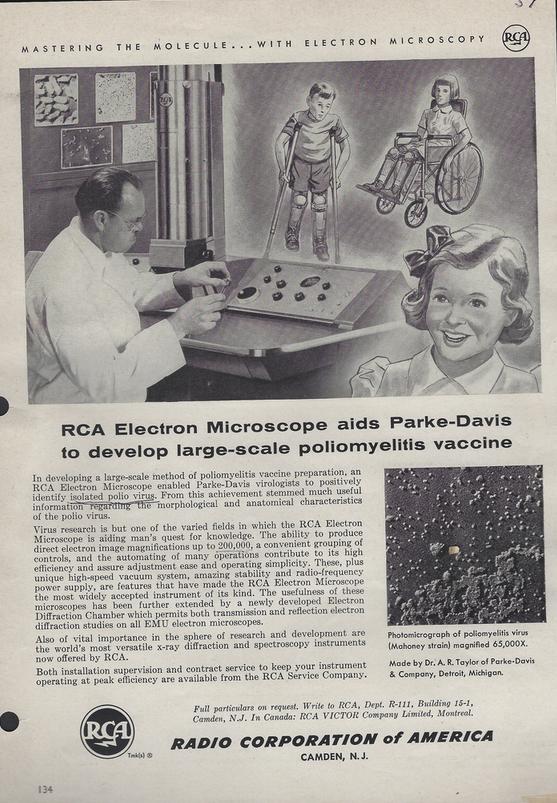 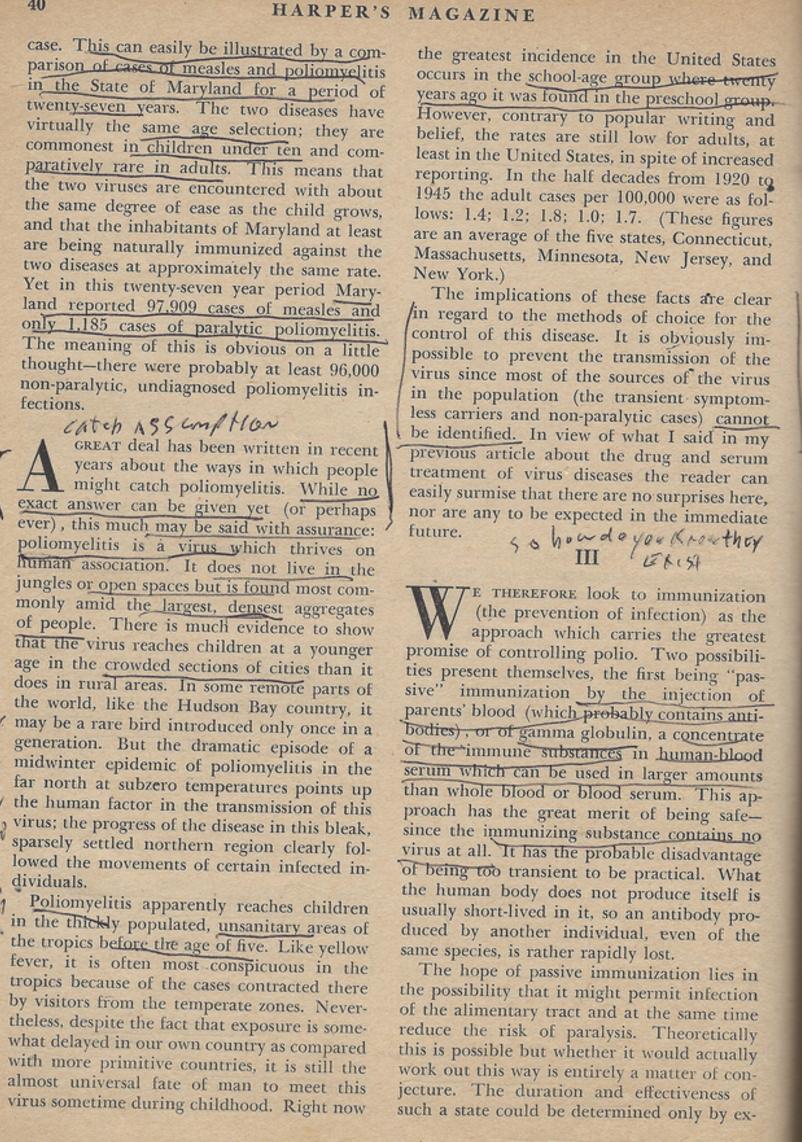 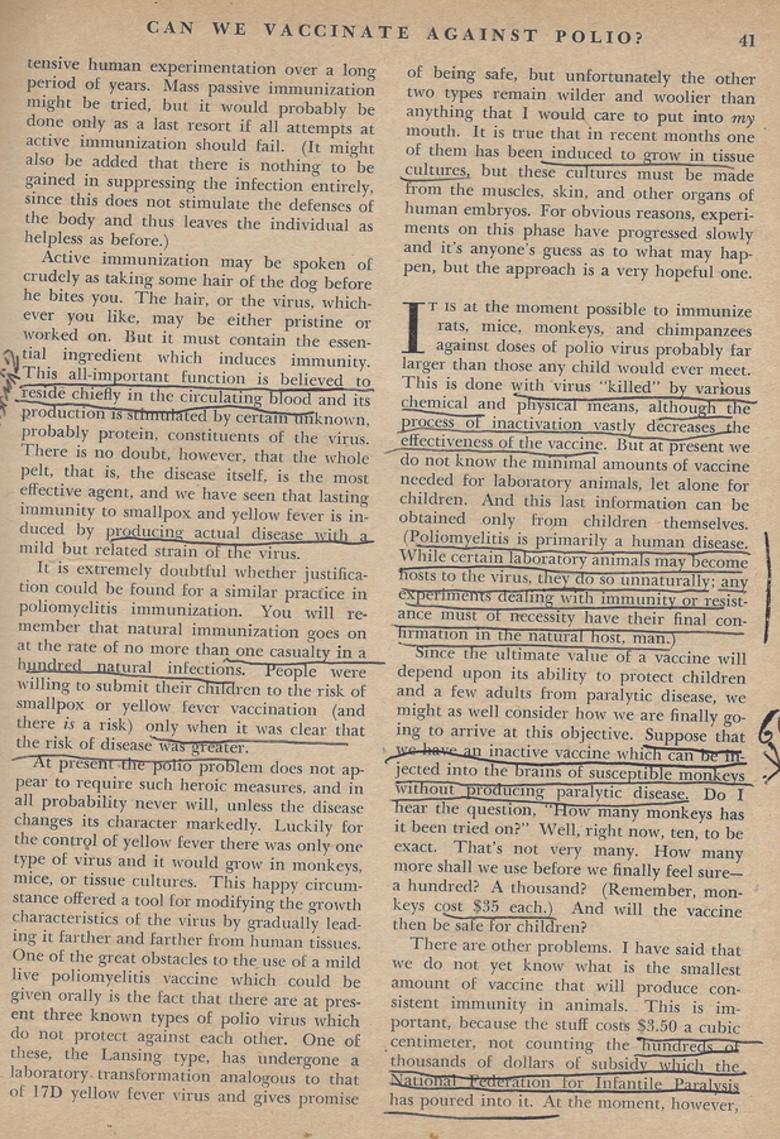 ​This was 1951, and the lie is still being promoted today. 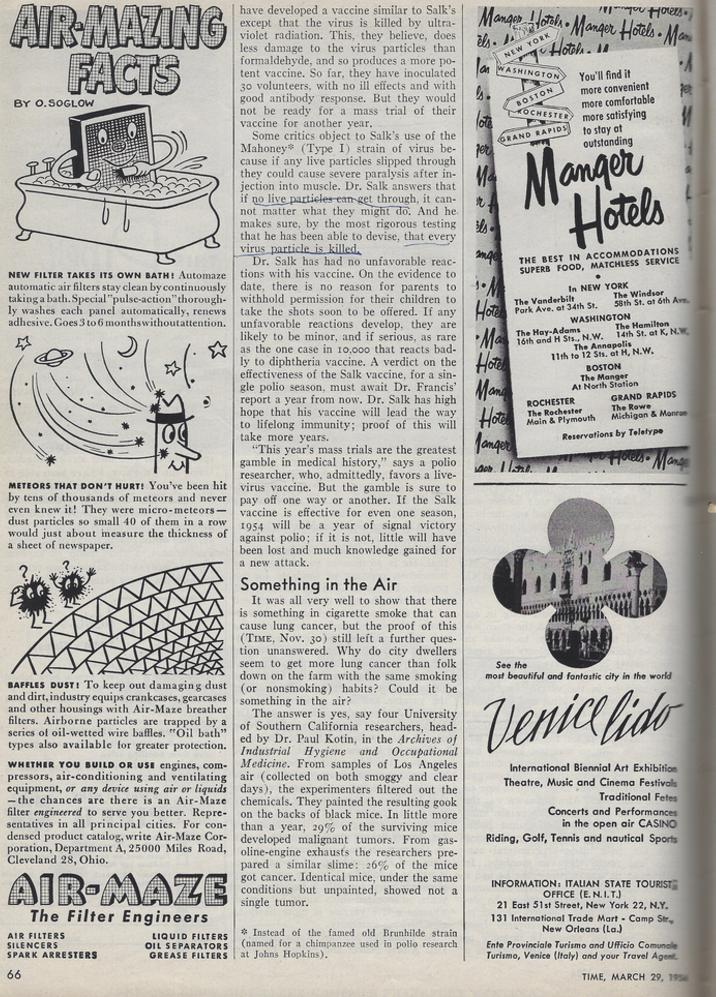 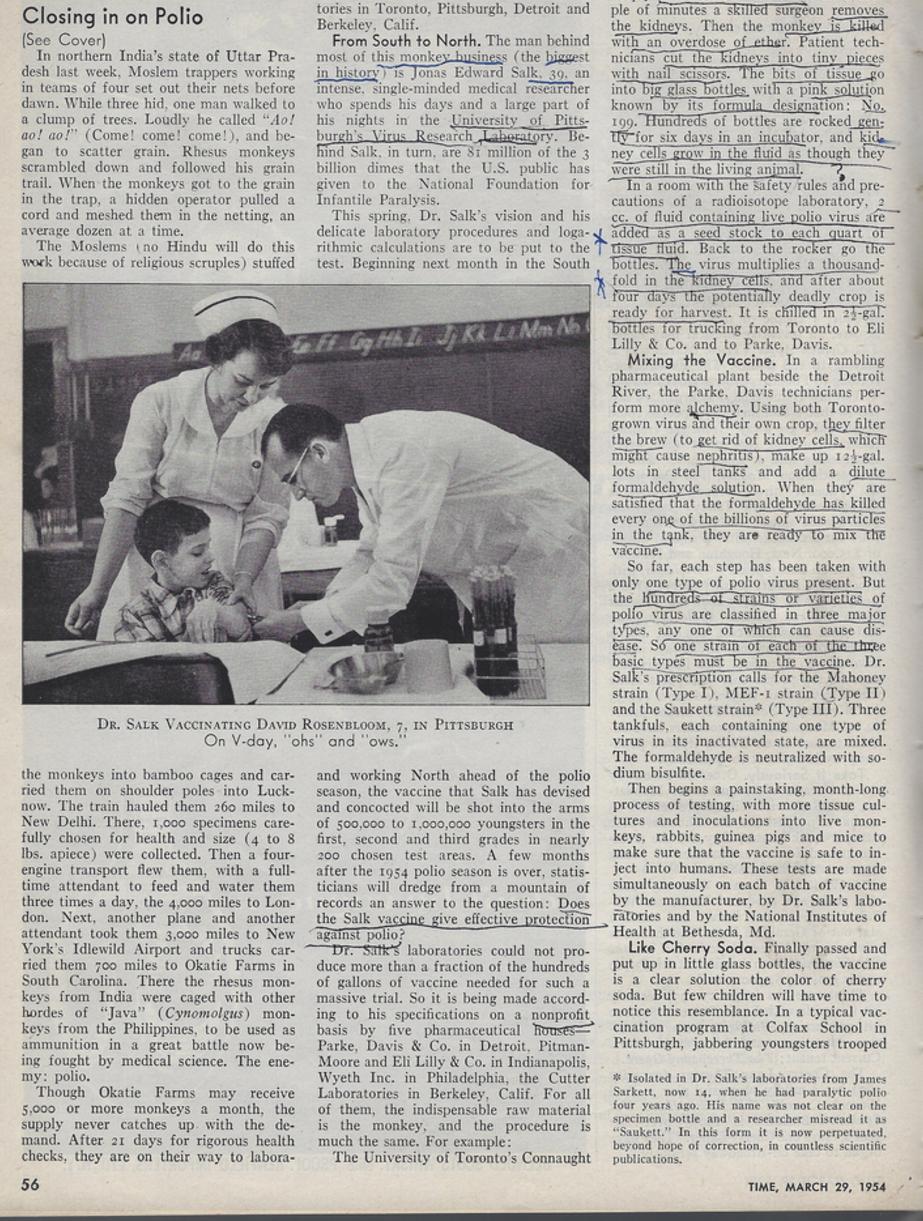 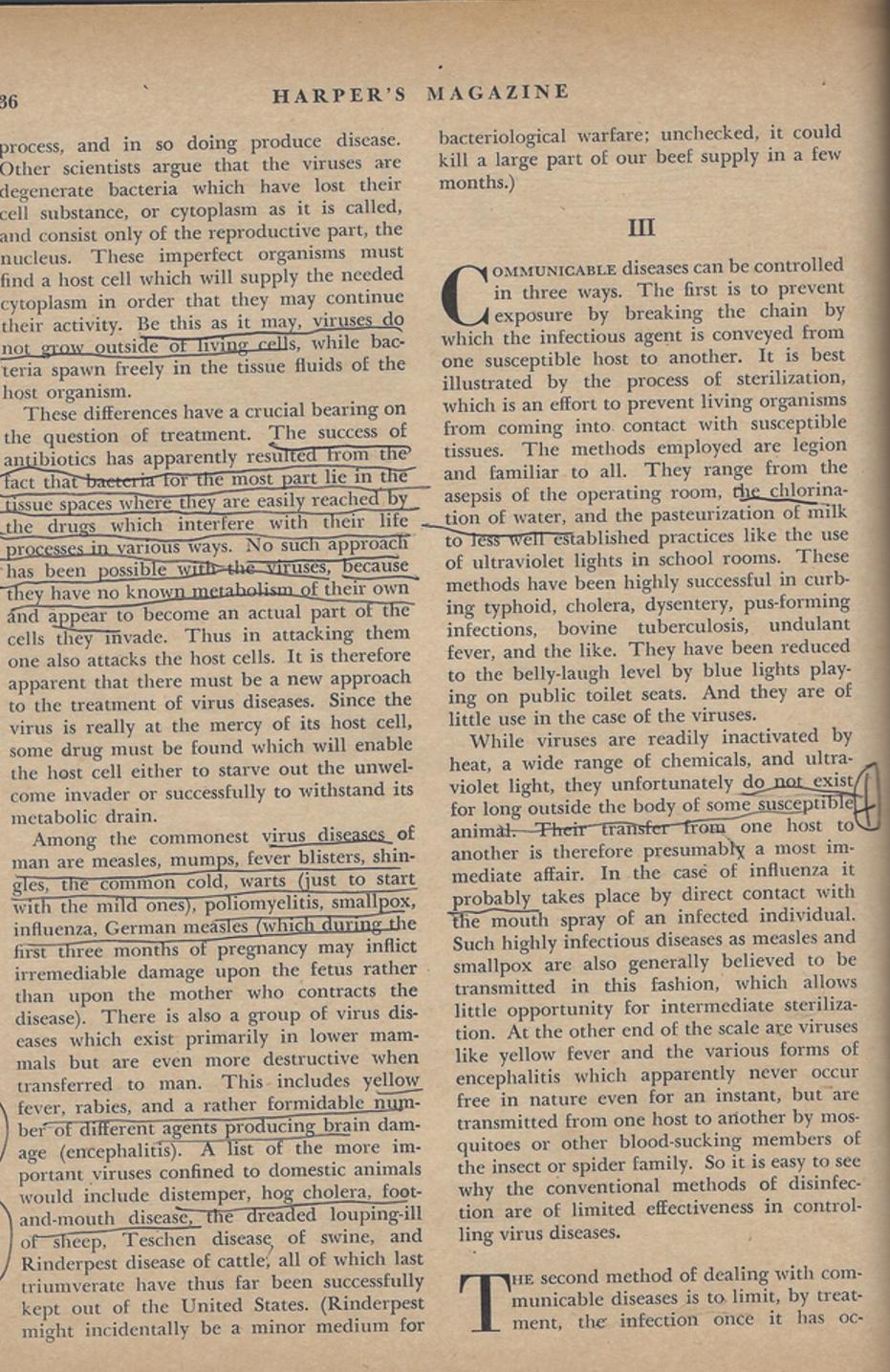 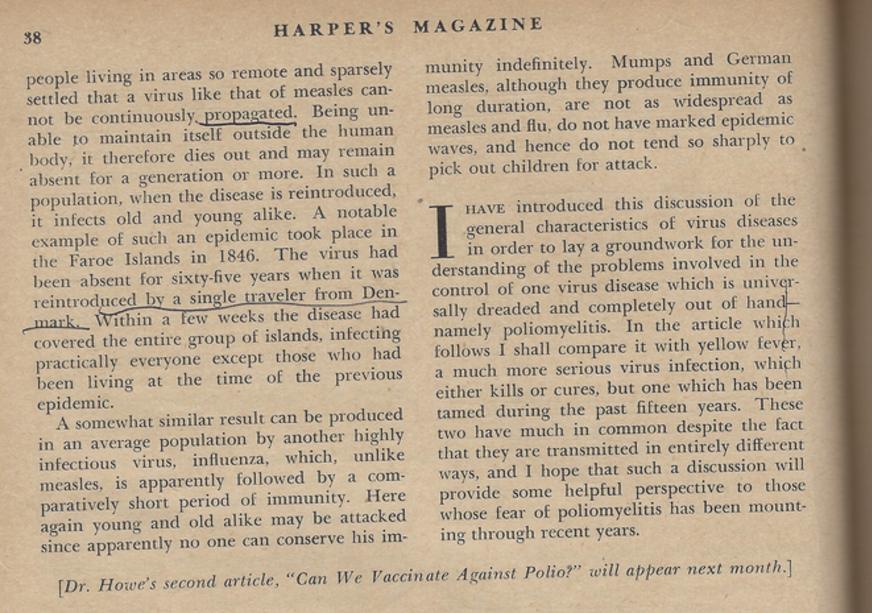 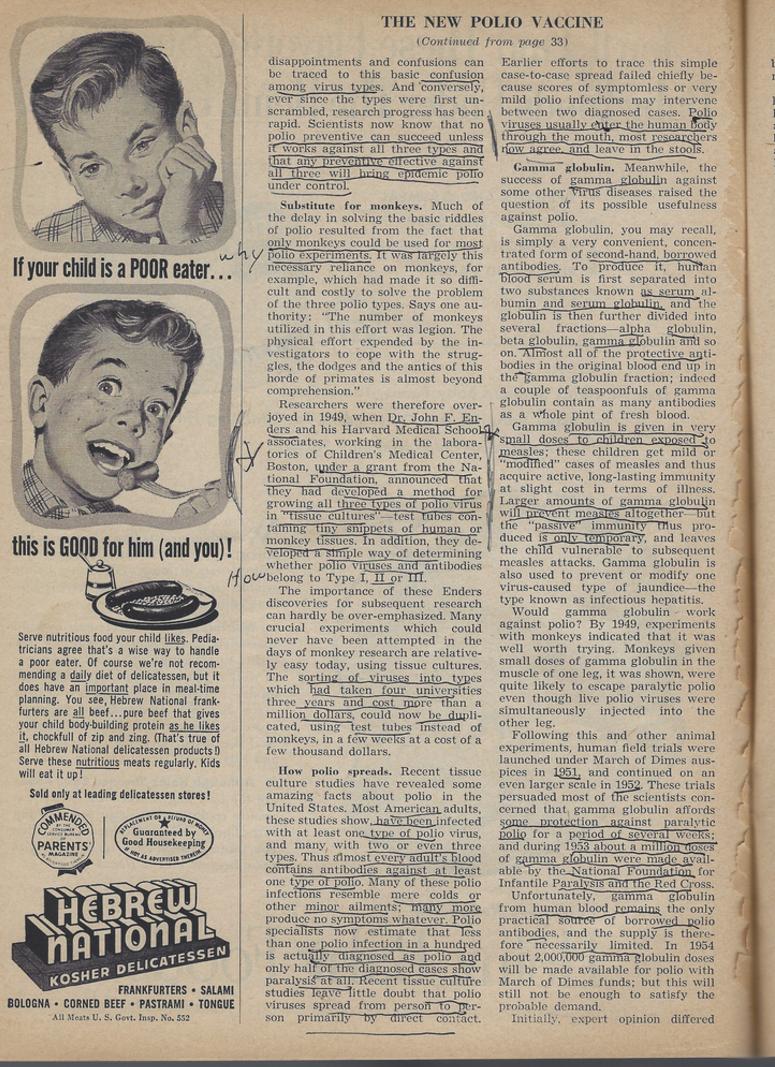 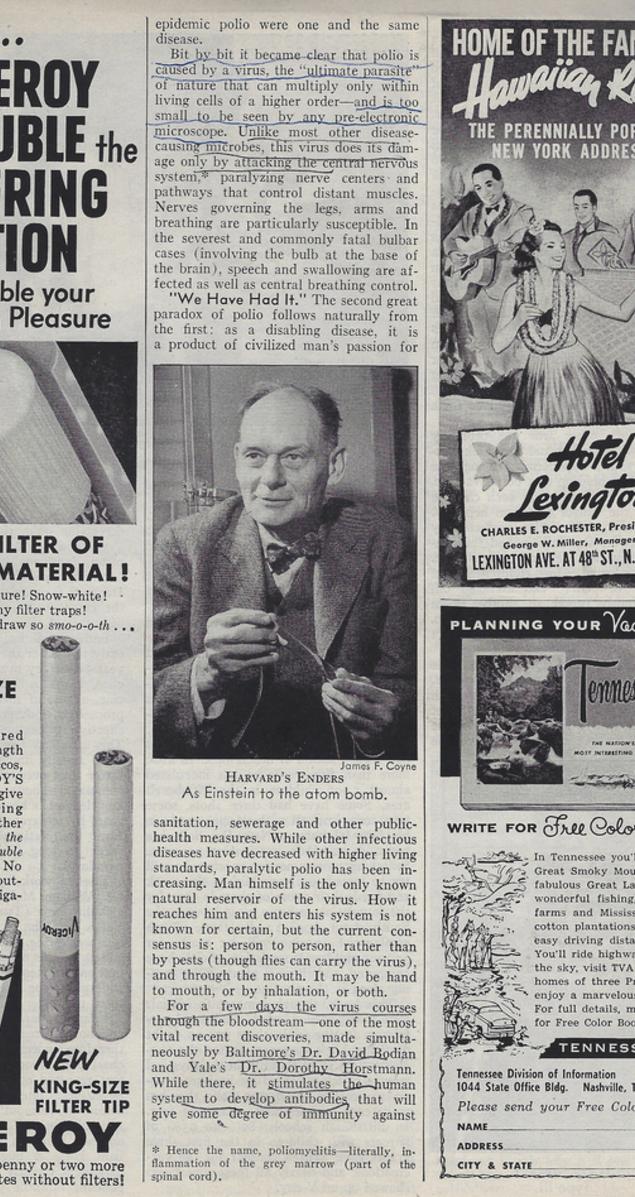 ​Basil O'Connor. The man who conned the people out of millions of dollars to find a cure, because his daughter had polio.