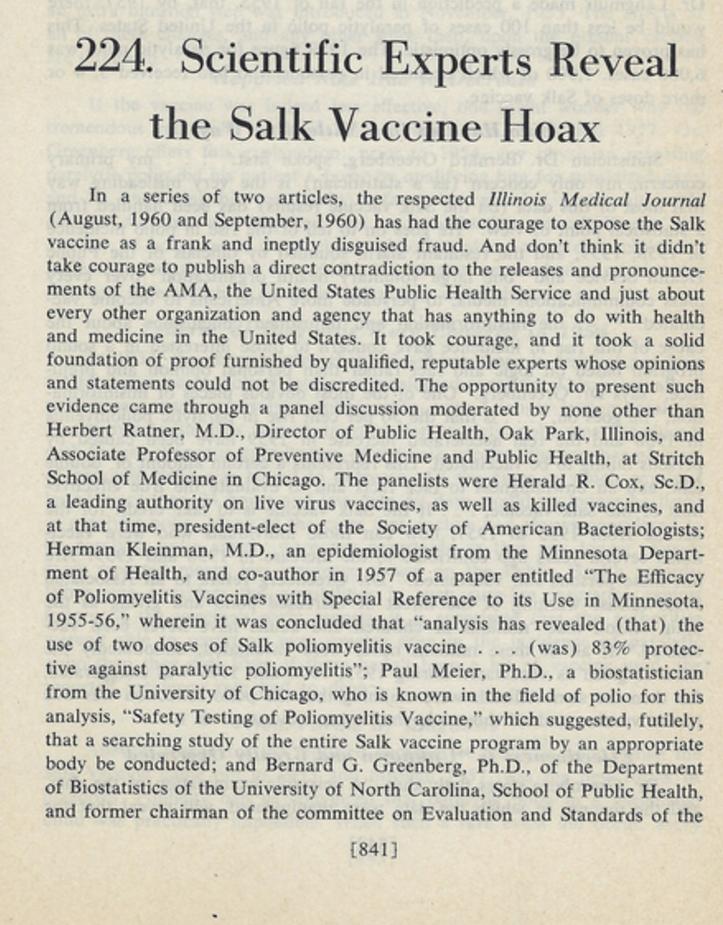 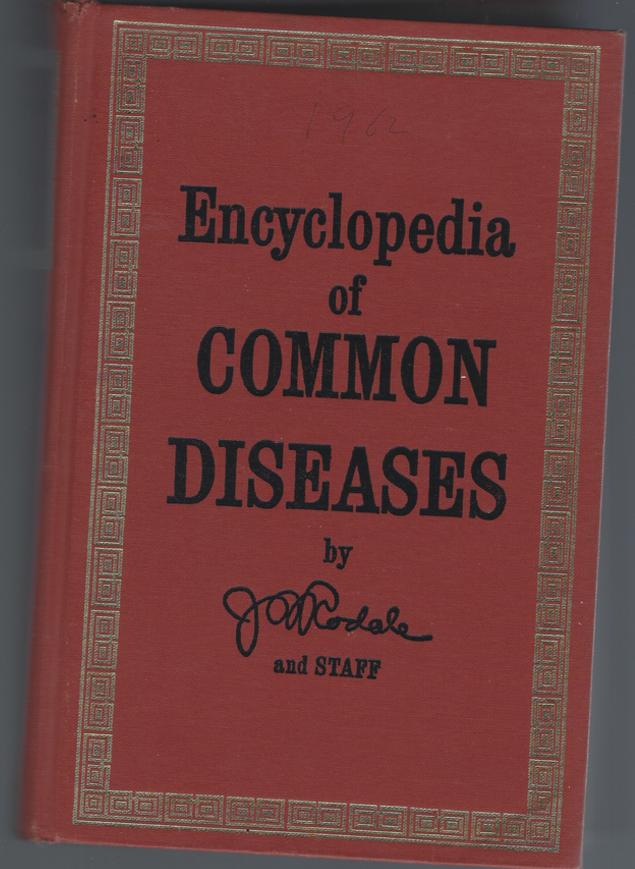 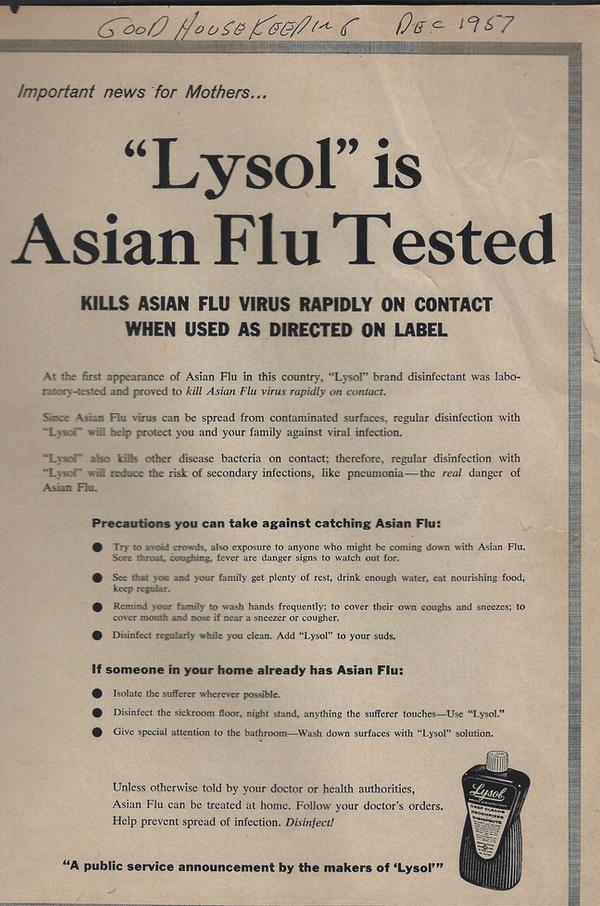 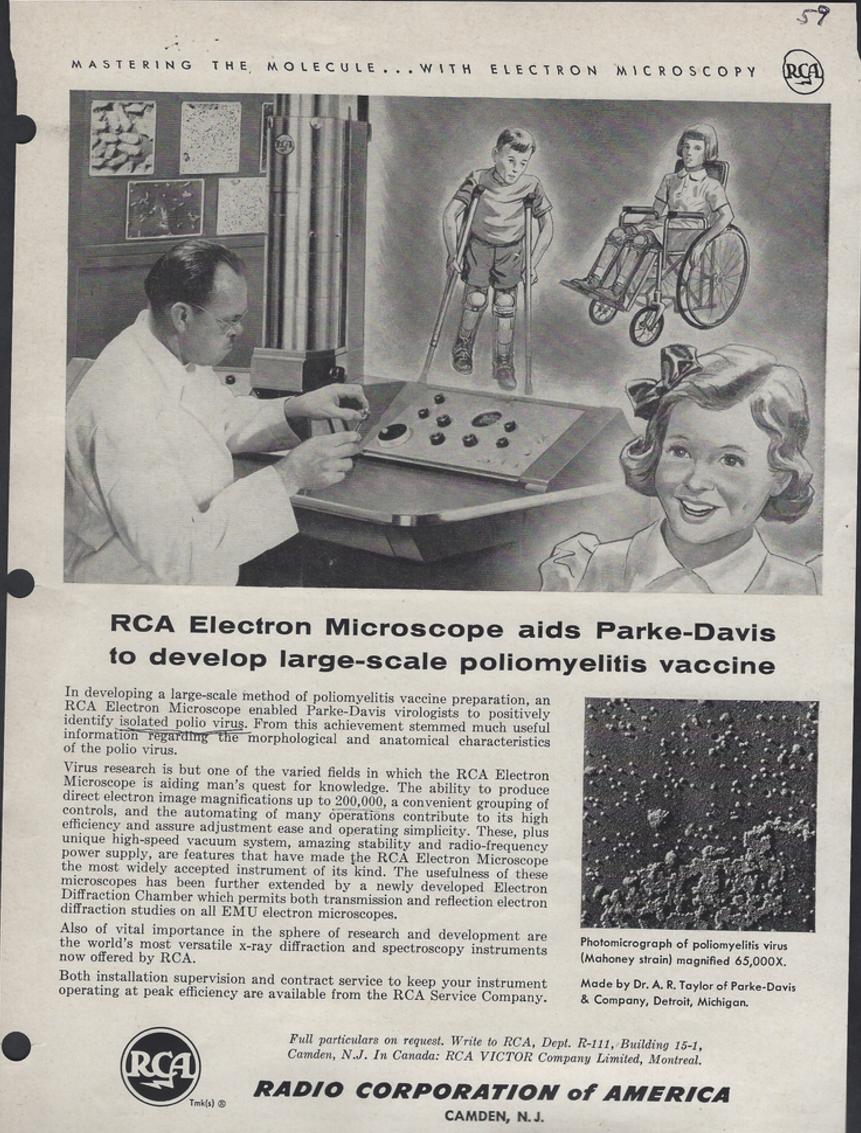 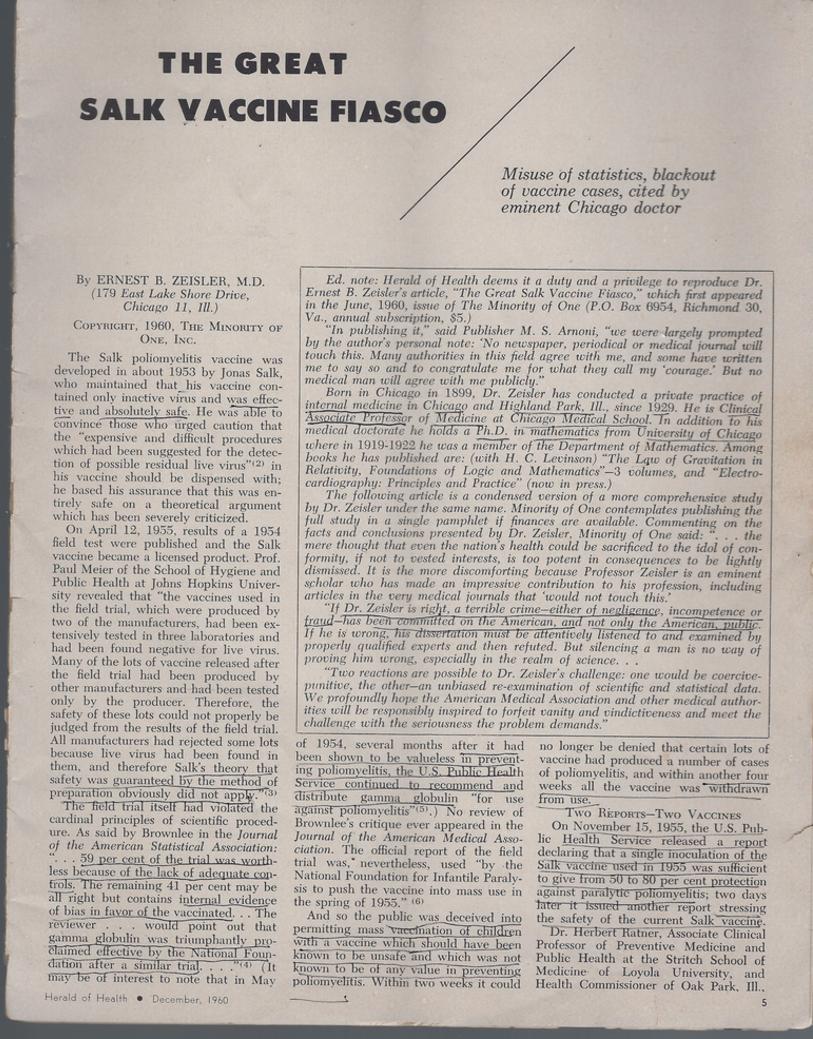 Lysol, One of the biggest promoters of the germ theory. In the 1940s they said Lysol would kill the germs that caused dandruff, but the people weren't stupid enough to buy it. So they decided to use it as a germ-killing mouthwash.

Notice they lied even worse by stating it would kill the Asian flu virus.

​Then they had the hong Kong flu. I wonder why they never had the local flu, like the Chicago flu or the California flu. lol

Read the full stories in my book plus lots more on the fraud of the Salk vaccine.

You may not think this information is important but keep in mind that the lie of Salk wiping out polio in the 1950s is why we have so many vaccines today.

1959 This is a real picture of a so-called virus. The material is an infected spinal cord of a human being.

The "virus" was just infection, nothing more. They made their vaccines out of the infection and added formaldehyde, aluminum, polysorbate 80 and more poisons. It was all and is still a giant hoax.

​Than they just said viruses were alive and the cause of disease. 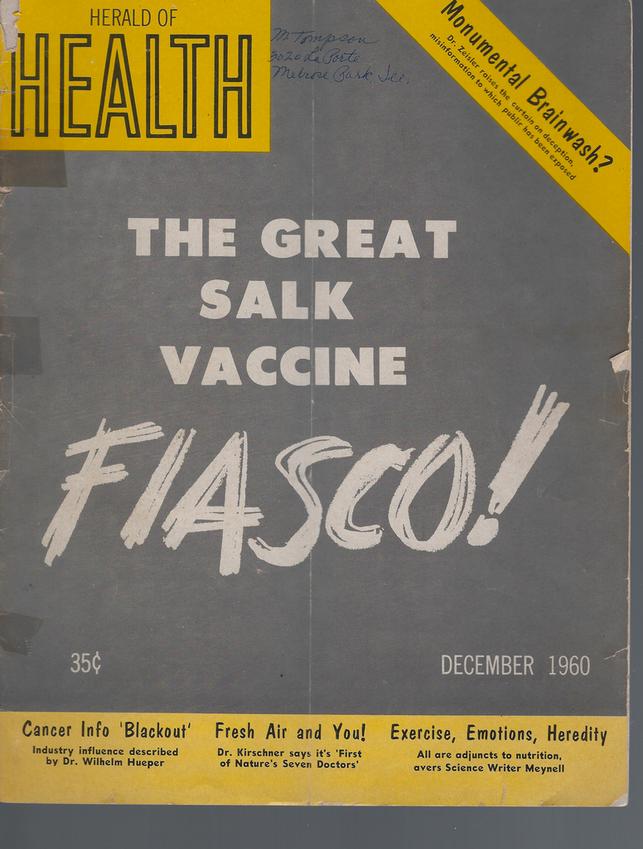