The titer test was just a color test. No antibody's were sen. 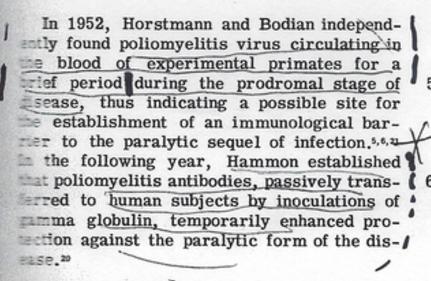 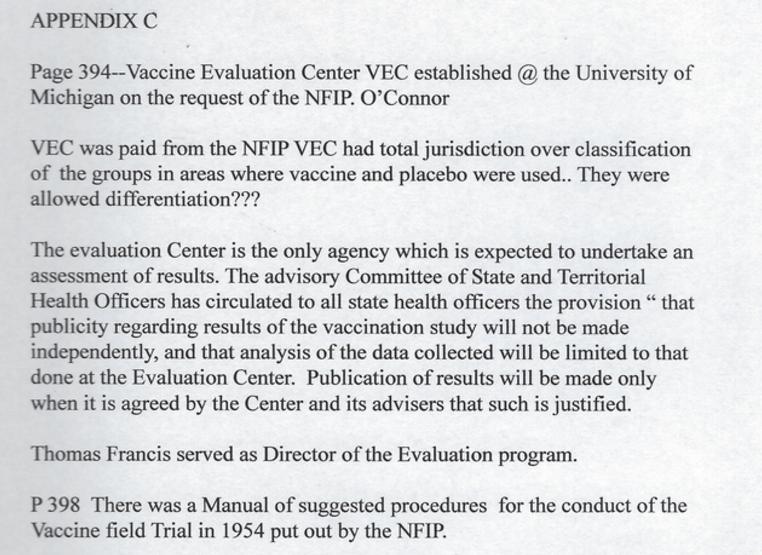 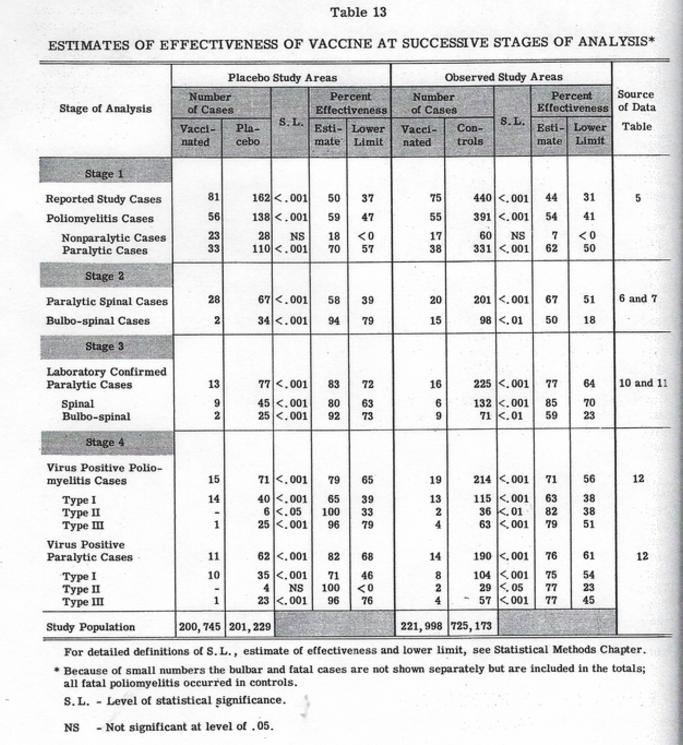 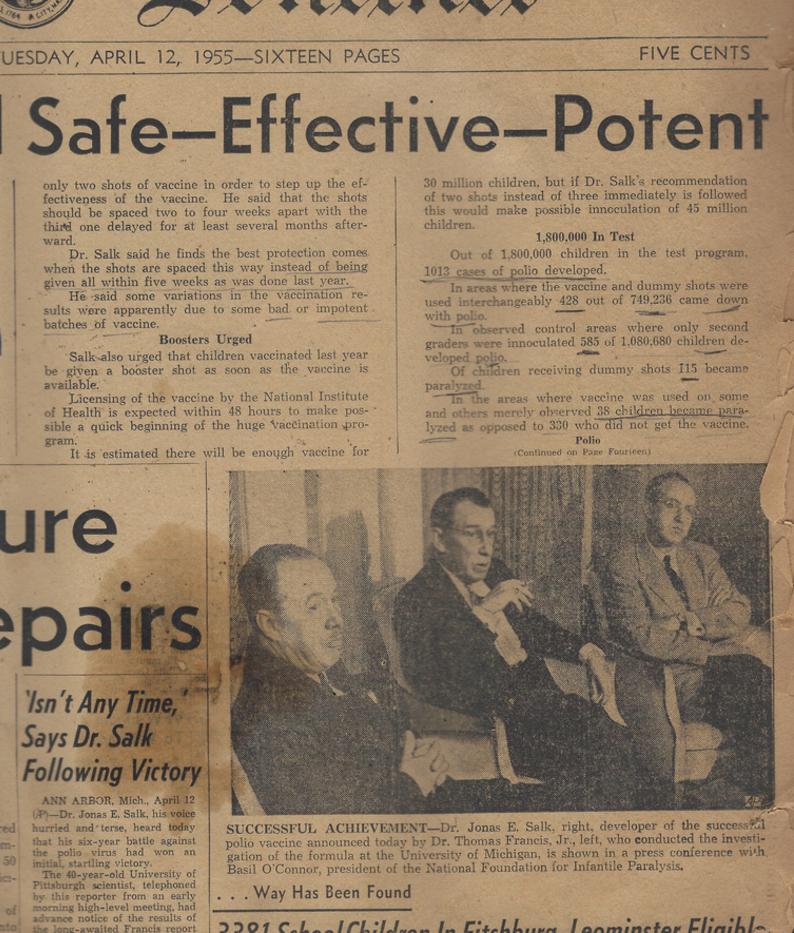 This report was full of charts.​

This report was full of statistics.

This report was full of estimates.

This report was full of shit. 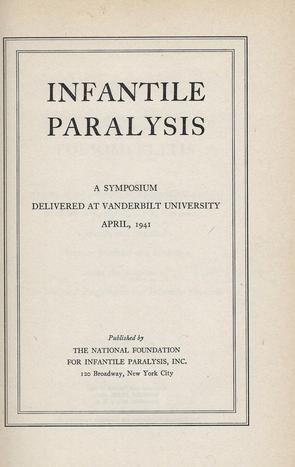 As I said before the purpose of the Salk vaccine was not to prevent polio but to detect antibodies which he knew did not exist. 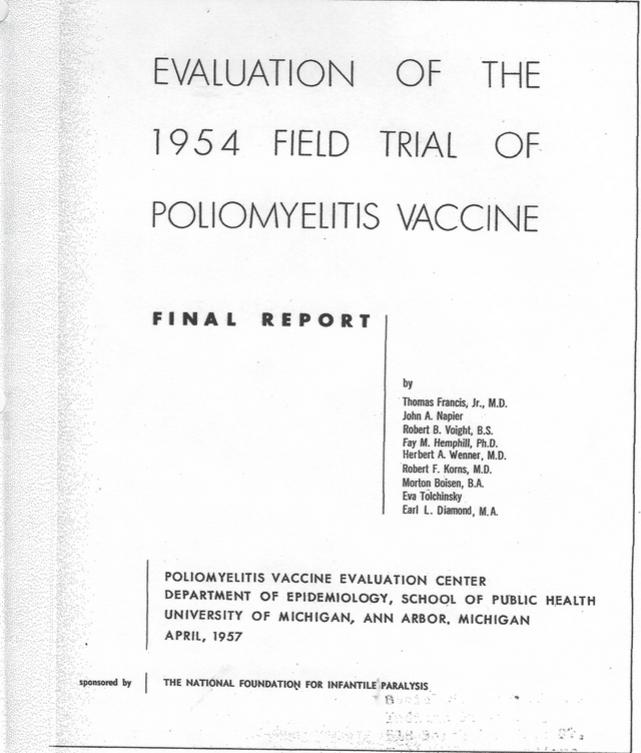 ​Anyone care to read the body language on these three shysters of disease, disability, and death. 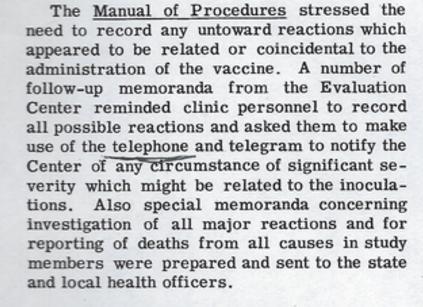 And no one supposedly but  Thomas Francis knew what was going on. The man who taught Salk how to make vaccines. 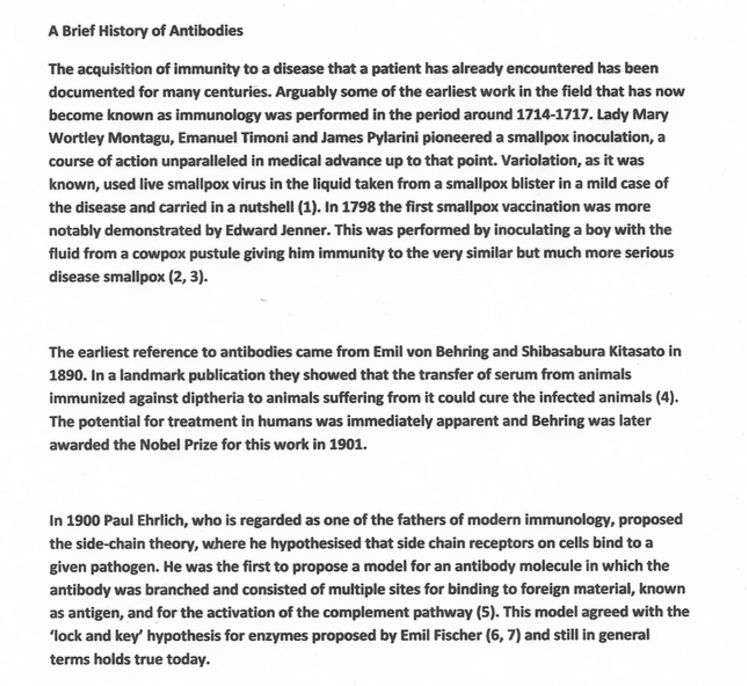 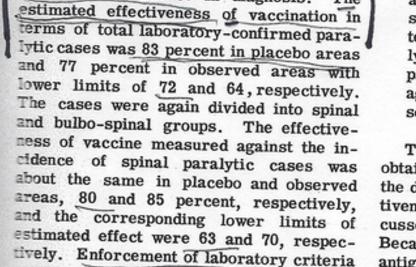 The key word is "ESTIMATES.

Thomas Rivers was in charge of this.

​We wiped out polio and smallpox. Vaccines prevent disease and save lives.

That is it. That is the pro-vax argument. All of it. That is why they attack you personally. Because they have no facts.

This was buried back in the book The Evaluation of the 1954 Field Trial of poliomyelitis Vaccine. on page 239.​